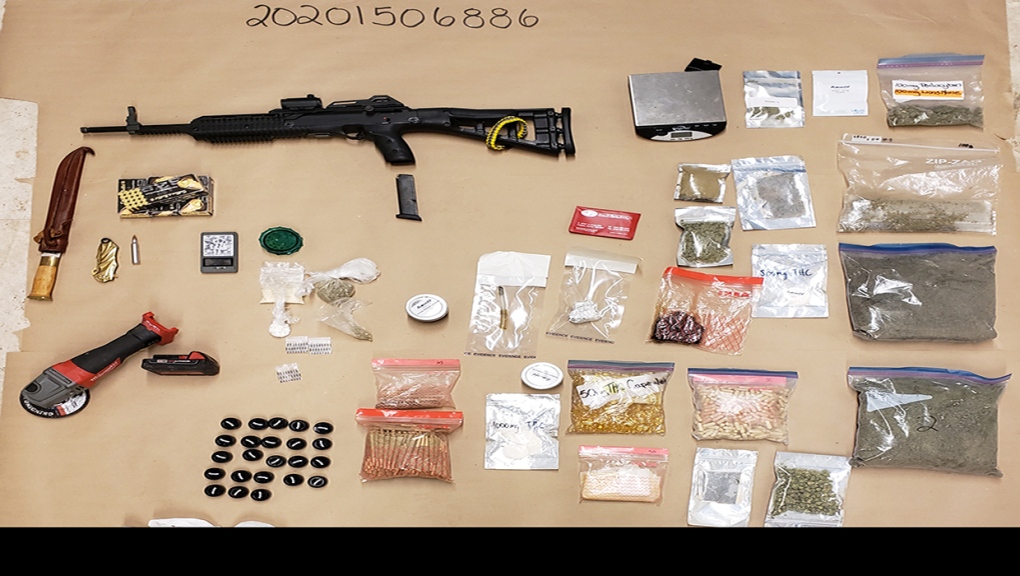 A man and woman face numerous criminal charges after Airdrie RCMP seized drugs, a semi-automatic weapon and over 200 rounds of ammunition

CALGARY -- RCMP officers in Airdrie announced charges against a man and a woman Tuesday after an Oct. 11 incident that yielded drugs and a semi-automatic weapon with nearly 200 rounds of ammunition.

The incident took place Sunday, when Airdrie RCMP answered a dispatch around 7:15 p.m. about a suspicious vehicle parked in front of a Crossfields residence. After locating it, police determined it had a stolen licence plate.

When officers tried to talk to the driver of the vehicle, he fled on foot, running through a number of yards. With assistance from Crossfield residents, and Police Dog Services, the suspect was located and placed under arrest.

The passenger, a woman, who stayed at the suspected stolen car, was arrested as well.

A search of the vehicle resulted in the seizure of dugs, the semi-automatic weapon and the rounds of ammunition.

Latimer was remanded into custody. He will appear in Airdrie Provincial court Oct. 22 at 9:30 a.m.