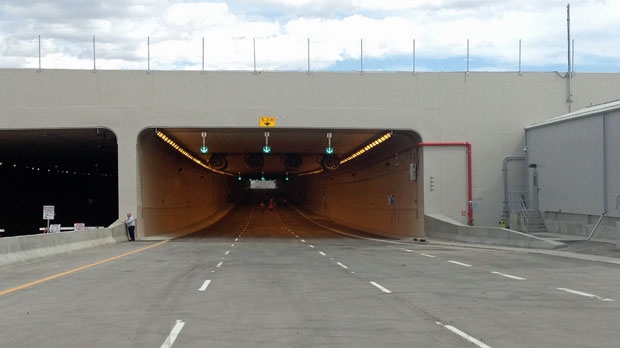 Crews are putting the final touches on the 620-metre long tunnel that runs under the new Calgary International Airport runway and officials took the media on an advanced tour to show off the project on Wednesday.

The new tunnel extends Airport Trail from Barlow Trial to 36 Street NE and was constructed to accommodate six lanes of traffic, with the provision for a future transitway.

Those wishing to attend are being asked to park at the McKnight-Westwinds LRT parking lot and shuttles will be provided to take people to the event.