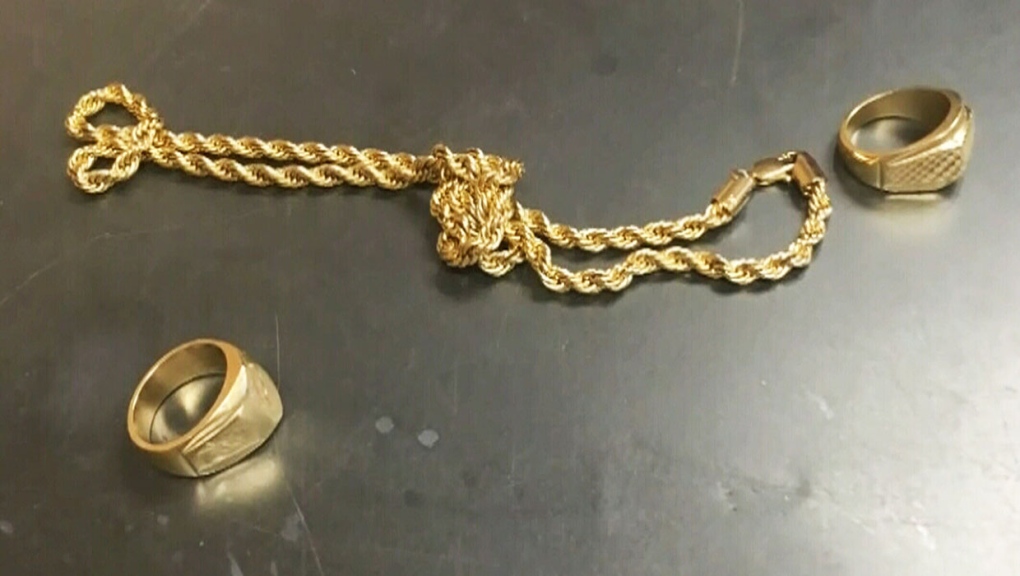 ALERT says there have been dozens of distraction thefts and gold scams in Alberta since Feb. 2020. (File)

CALGARY -- They'll sometimes approach their victim and, with a simple motion, steal a piece of jewellery or other item of value.

In other incidents, the criminals pretend to be in trouble and ask for help from a victim in exchange for phony gold.

Authorities say distraction thefts and gold scams such as these are increasing in Alberta and they need the public's help to curb the incidents.

The Alberta Law Enforcement Response Team's (ALERT) Criminal Intelligence Service Alberta (CISA) says since the end of February, there have been 45 reported incidents, with many of them occurring in Calgary and Edmonton.

Alberta's major centres aren't the only places where the scams have happened. CISA says they've also been reported in Drumheller, Medicine Hat, Leduc and Tsuut'ina Nation.

The crimes are often performed by organized groups of individuals who frequent public places like gas stations, grocery stores or busy roads. They either flag down motorists or approach people in parking lots to attempt to sell them what appears to be gold jewelry.

During the interaction, police say the suspect will attempt to touch the victim in some way, such as by hugging them or grabbing their arm. In the process, CISA says the suspect will often remove a victim's jewelry or take something else of value.

In other instances, CISA says the suspects either offer victims money they say they've dropped or tell a story about how they are in trouble and need the victim's help to get home. Both situations are ruses purely meant to get into close contact with them, police say.

"We are talking about organized, highly trained professionals who prey on people’s compassion and generosity for a criminal profit. ALERT wants the public to be aware of these types of scams, and also be diligent in reporting so police can catch these perpetrators," said Supt. Dwayne Lakusta, ALERT CEO, in a release.

While approximately $30,000 has been lost as a result of these crimes, CISA says the vast majority of the incidents are not reported to police because victims are too embarrassed to come forward.

It says anyone who has been a victim of a gold scam or distraction theft should report the incident to their local police immediately so the suspects can be caught. 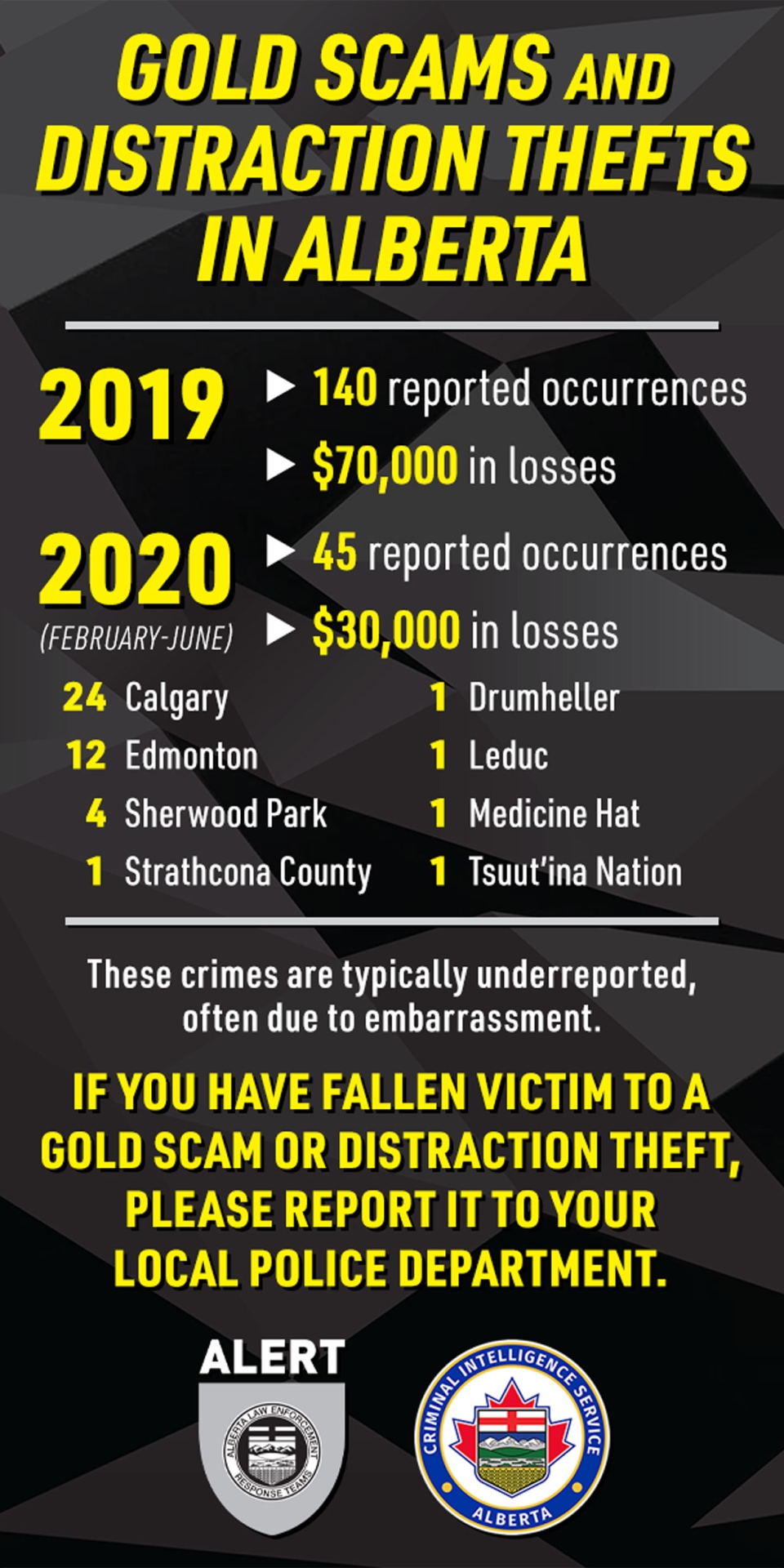