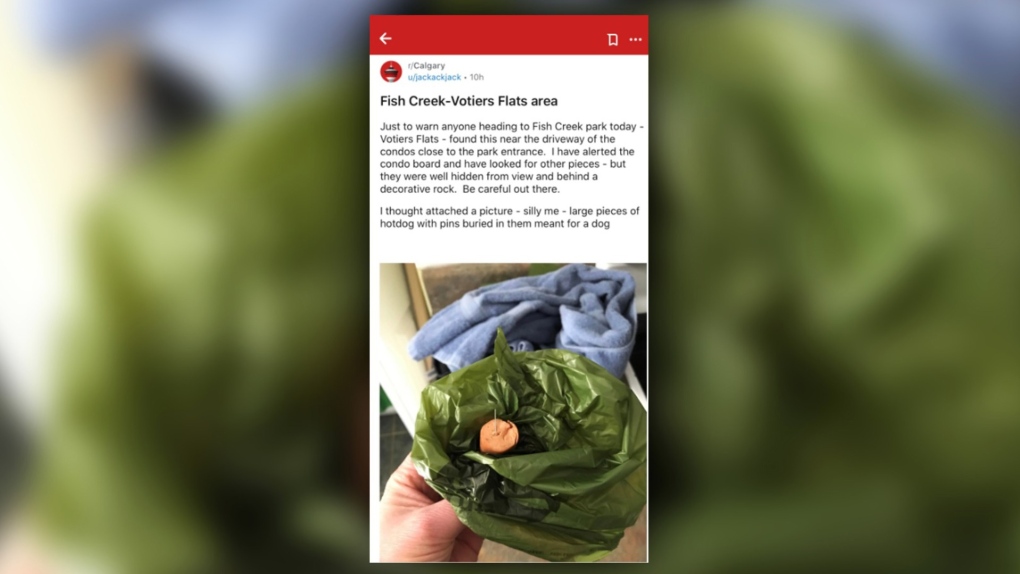 This image was posted to the site Reddit showing a piece of hotdog with a pin in it found at Votier’s Flats in Fish Creek Park. Police have issued a warning. (Reddit)

CALGARY -- Calgary police are investigating an apparent case of attempted animal cruelty after a woman who was walking her dog found a piece of hotdog with a pin in it left on the ground near Votier’s Flats in Fish Creek Park.

Officers were called to the area in southwest Calgary about 9 a.m. Monday and when they arrived, found several other pieces of hotdog scattered nearby but say only one of the pieces had a pin in it.

"People walking in the area with dogs or children are encouraged to supervise them closely in case there are other dangerous food items," police said in a release. "The origin of the hotdog has not been determined."