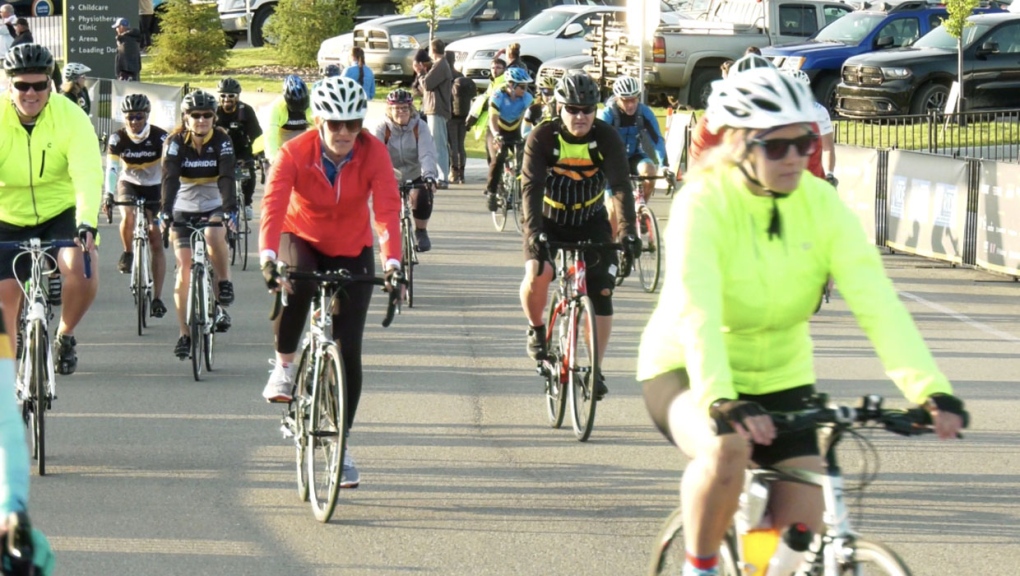 Cyclists on city paths and roads are encouraged to maintain physical distancing while riding their bikes. (File)

CALGARY -- There will be no organized bike swapping in the province until it is safe to do so, according to the founders of Alberta Bike Swap.

The events were originally scheduled to be held at the end of April in Lethbridge and the beginning of May in Edmonton and Calgary.

"Bike Swap is NOT GOING AWAY, we’re just postponing our events until it’s safe to gather again for bikey goodness," said founders Chris and Laura Grant in a release.

Anyone who can't wait for the swap and are looking to buy new are encouraged to support local cycling businesses.

Cyclists hitting the roads and path during the pandemic are cautioned to still maintain a physical distance of three metres between other bikes.

More information can be found on the Alberta Bike Swap and Calgary Bike Swap Facebook pages.