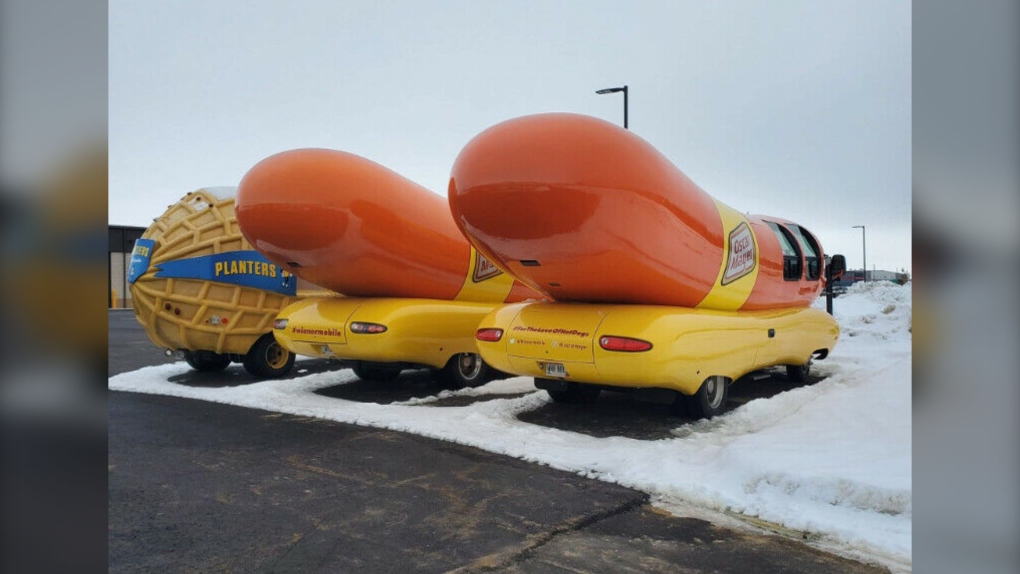 Two Oscar Mayer Wienermobiles were posted for sale in Calgary on Kijiji on Feb. 27, 2020. According to the owner of the phone numbers attached to the ad, the listing was fictitious. (Kijiji)

CALGARY -- A Fort St. John man's cell phones have been ringing non-stop after his numbers were attached to a Kijiji ad purportedly selling Oscar Mayer Wienermobiles in Calgary.

Matthew Dennie says he's received thousands of calls and texts after the wienermobile ad was posted Wednesday. The ad, which claimed to be selling two of the sausage-shaped vehicles for $12,000 each or best offer, asked that prospective buyers "please call matt ANYTIME" and "ask about the big wiener for sale".

Dennie says the phone calls have come from all around North America and have included serious inquiries from interested buyers from as far away as Texas. He has been answering as many of the calls as possible.

As of Friday morning, the ad had been viewed more than 300,000 times and was still active on Kijiji.

Dennie tells CTV News that he's been the victim of an "epic prank" and he tips his hat to the prankster. The 30-year-old Fort Saint John, B.C. resident, who previously lived in Calgary, says the ad was created by a "Facebook troll" who he had been in a dispute with earlier this week in a political post. Dennie says the troll has since reached out to bask in the fallout from the prank.

Dennie says he's amused by the prank and confirms he is not selling any motorized hot dogs. He plans to change his work phone number in the near future.

The original version of this story provided details that were included in the Kijiji listing that has since been proven to be a fictitious posting. The two Oscar Mayer Wienermobiles are not for sale. We apologize to anyone in the market for a motorized frankfurter.