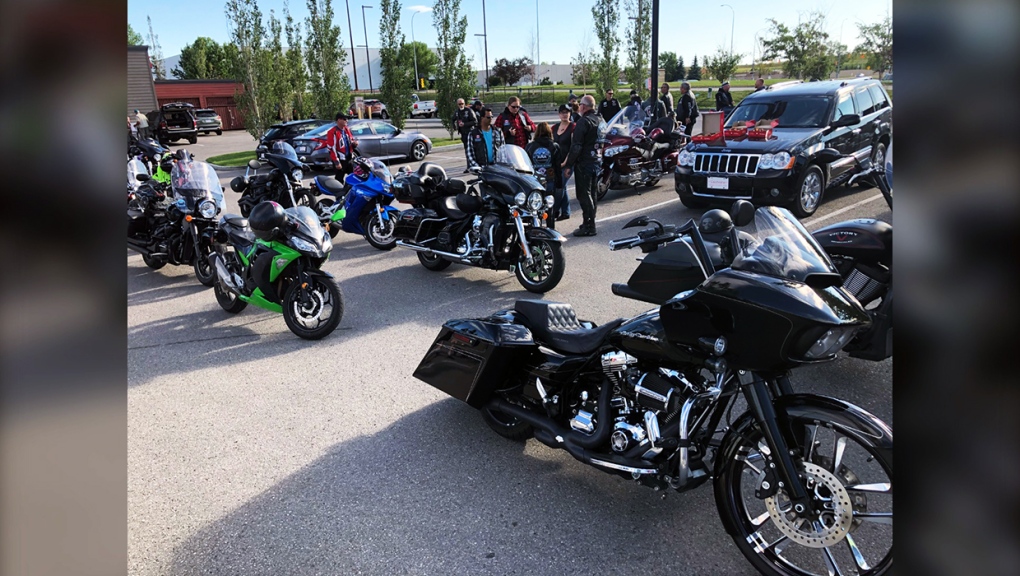 A group of bikers gather Saturday at a Tim Horton's at Deerfoot City before driving to Red Deer. They're part of Against All Abuse, a charity motorcycle group who joined with Bikers Are Buddies to do group ride to support a girl being bullied.

CALGARY -- A group of bikers gathered in a Calgary parking lot Saturday morning, but they weren't exactly looking to raise a little hell.

Instead, they were part of a charity motorcycle group called Against All Abuse, who joined up with a second group called Bikers Are Buddies.

The Saturday morning meetup in the parking lot of the Tim Horton's at Deerfoot City came ahead of a planned ride to Red Deer, where they were set to meet up with another group of charity bikers from Edmonton known as Bullying Enns.

The biker rally was to show support for a Red Deer girl who is being bullied, said Brian Strachan, who is part of Against All Abuse.