Body of Calgary man recovered from Bow River near Carseland 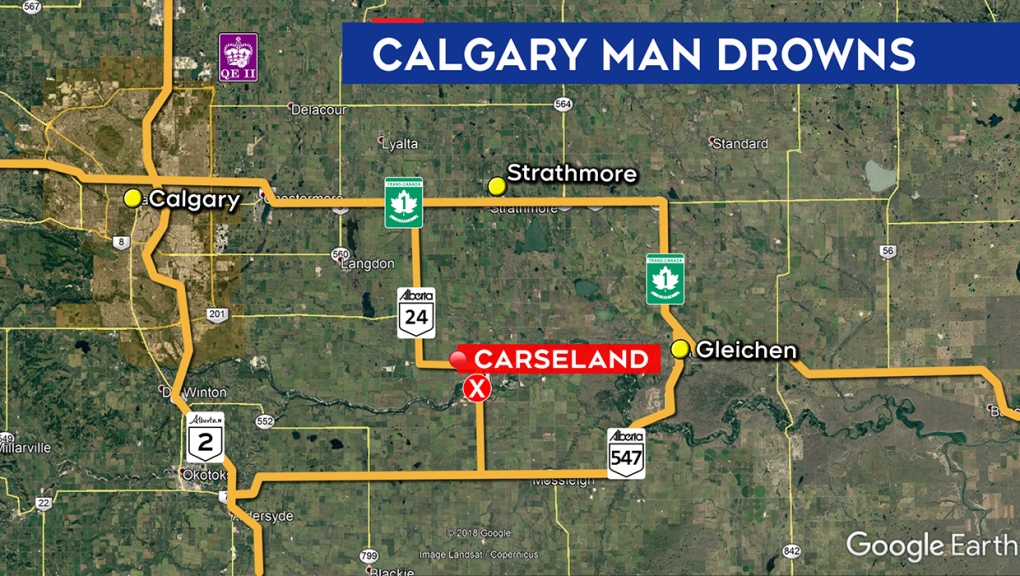 Crews searched the Bow River near Carseland on Monday after a man failed to return to shore during a Sunday swim. RCMP officials confirm a body has been recovered. (Google Earth)

CALGARY -- Search and rescue crews have located the body of a man who went missing during a Sunday swim in the Bow River in a community east of Calgary.

According to RCMP, emergency crews were called to the river shortly before 9:30 p.m. following reports that a man had jumped into the water in Carseland but failed to return after swimming downstream.

The man was last seen in the river near Highway 24 and Wyndham Park.

Strathmore and Wheatland Fire Services searched the area but their efforts were halted late Sunday due to darkness.

The search resumed Monday morning and the body of the man was found.

The identity of the deceased has not been released but RCMP confirm the man was a resident of Calgary.