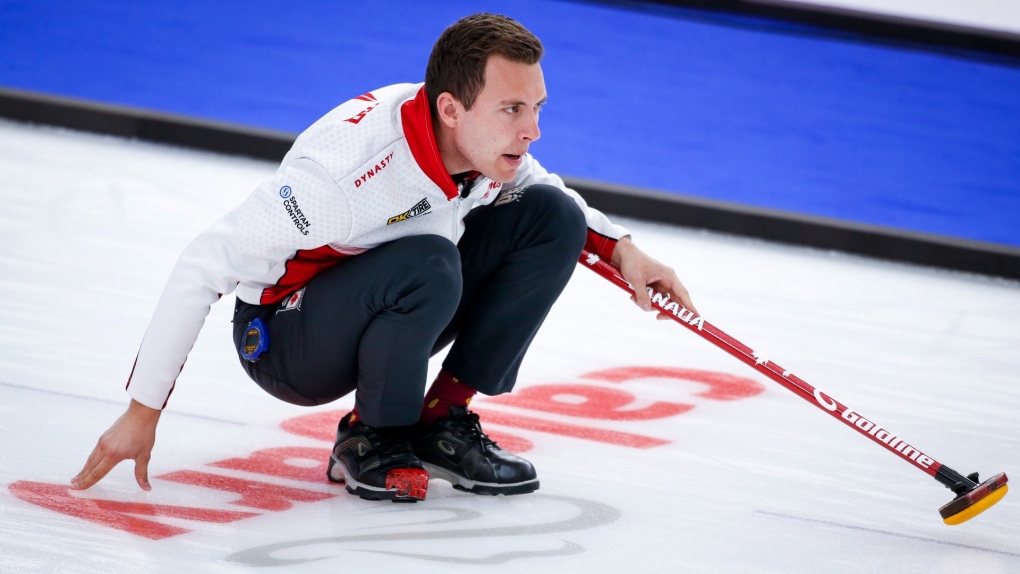 CALGARY -- A critical miss from Brendan Bottcher just past the midway point of Monday's final at the Humpty's Champions Cup proved costly in a 6-3 loss to Bruce Mouat.

The Scottish rink stole two points when Bottcher was light on a draw to the eight-foot ring. Mouat picked up another steal in the seventh end and ran Bottcher out of rocks in the eighth for the win.

“We just managed to keep the pressure on,” Mouat said. “We forced them into some pretty tough shots. They made a lot of them to be fair. We were maybe just on the better side of the inch.

“It was a really close game and we're obviously totally buzzing to win.”

Mouat, who beat Bottcher en route to a world silver earlier this month, won his first Grand Slam title since 2017. His team pockets $25,000 for the victory while Bottcher's side earned $17,000.

Bottcher and his Edmonton-based teammates have enjoyed a solid run in the curling bubble. In addition to the second-place showing at the first Slam of the pandemic-shortened season, they won the Tim Hortons Brier last month and reached the world quarterfinals.

Bottcher and Mouat will be right back at it Tuesday when they meet in round-robin play at the Princess Auto Players' Championship.

“We know we have to play almost flawless to beat them,” said Bottcher vice Darren Moulding. “They're playing really well right now.

“I thought we were in control of the game but just weren't quite getting the results when we were needing them.”

Bottcher had hammer in the first end and used it to his advantage with a nose hit to score two. He put the pressure on in the second by sitting three, forcing Mouat to find the port on an inturn draw to salvage a single.

Bottcher was forced in the third end and Mouat pulled even with a hit and stick for two in the fourth before the game turned. Moulding and Bottcher both threw in the high 60s overall, well behind Mouat at 92 per cent and vice Grant Hardie at 81 per cent.

“It was just an inch thick or an inch thin and you don't quite get a perfect result,” Moulding said. “Eventually it caught up to us later in the game.”

The competition was pushed back a day after a COVID-19 scare on the final weekend of the world championship. Four positive test results were later deemed 'false positives' and play continued after a one-day break.

This week's Players' Championship will close out the Grand Slam portion of the bubble schedule. Play continues through Sunday.

The seventh and final competition in the spectator-free Canada Olympic Park venue will be the April 30-May 9 LGT world women's curling championship. Kerri Einarson's Manitoba-based team will represent Canada.

This report by The Canadian Press was first published April 19, 2021.