Brothers raise $21,000 for KidSport Calgary in support of youth basketball

CALGARY -- Johnny Brown and his younger brother Michael wanted to share their love of basketball and in late May they came up with an idea to sell t-shirts to raise money for kids whose families are cash-strapped because of the pandemic.

“Our original idea was to help families and people that were struggling,” said Johnny. “They couldn’t afford sports and we really wanted to share our amazing experience of basketball with them.”

The 17 and 14-year-olds created Better2getheryyc, set up a website and took orders for the shirts with a unique design that included the city skyline, a basketball court and maple leaf.

They pre-sold 341 t-shirts at $30 each and have been delivering them for the last few days to customers.

“A lot of people - when we either hand delivered them or they just saw the photos of them -  loved them,” said Michael. “I’ve had my friend's moms be like ‘can I get another one?’ It’s awesome. I think it really had a good positive impact on people.” 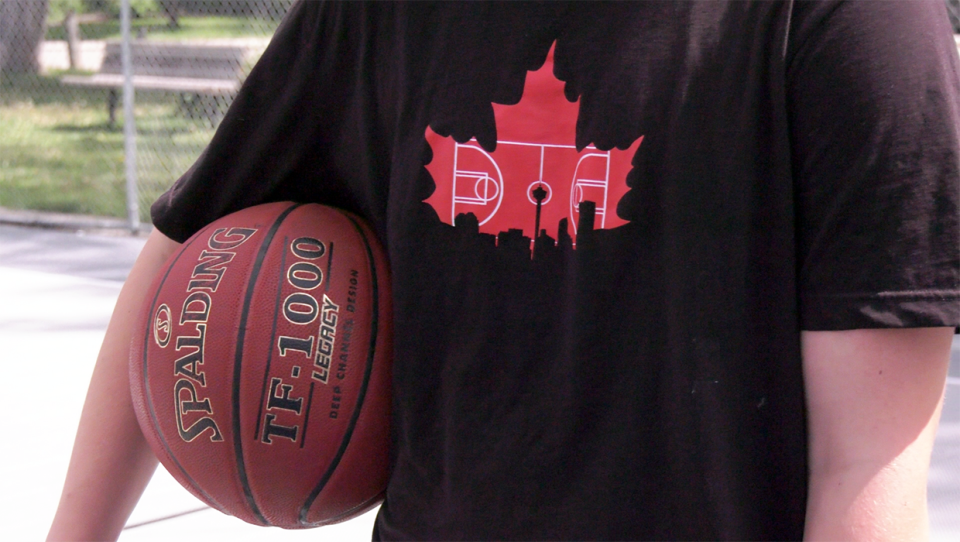 They managed to raise $21,000 for KidSport Calgary in support of youth basketball after Johnny reached out to two agencies. The Calgary Foundation matched 100 per cent of the donations and Shaw threw in 50 per cent of the money the boys raised through their fundraiser.

Last year KidSport Calgary helped 383 kids play by providing over $115,000 worth of registration fees to the minor basketball community.

“It (the $21,000) will be directed directly to basketball registration fees,” said Kevin Webster the CEO of KidSport. “We’ll be helping hundreds of kids get back on the court this year in either camps as basketball begins to reopen or club and team programs here in the fall.”

The brothers raised close to 20 per cent of what KidSport funded for youth basketball for the entire year in 2019 and will help it support 70 more kids than they normally do.

Their parents are proud of the boys who’ve learned a lot in their fundraising effort.

“Its really taught me many things,” said Johnny. “It’s taught me the business aspect, it’s taught me how to deal with people, interview skills, it’s amazing.”

KidSport has been around for 25 years and believes that no kid should be left on the sidelines and all should be given the opportunity to experience the positive benefits of organized sports. KidSport provides support to children in order to remove financial barriers that prevent them from playing organized sport.