CALGARY -- India is battling record-setting COVID-19 infections and related deaths and some Calgarians who travelled there are having a tough time returning home since Canada halted incoming passenger flights from that country.

Sangeeta Sharma admits she knew she was taking a chance when she landed in India on March 18th but at that time numbers were tracking down.

The president of NIWE Academy, a cosmetology school in Calgary, says she travelled to India for a business trip to finish a project that had been on hold because of the pandemic.

Sharma says she contracted COVID-19 a week in to her trip. She quarantined for 14 days and says she has since recovered. She says cases started to surge about ten days after she arrived.

“I don’t think we ever imaged something like this,” said Sharma.

Sharma was booked to fly back to Canada May 2nd. But last week the Trudeau government banned all travel from India and Pakistan for 30 days. Sharma is now scheduled to return June 9th.

“It is emotional, you’re stuck in a hotel room. You can’t go anywhere, roads are really empty. I did go for a walk because nobody’s on the road but then you come back in the room and you’re afraid to visit anybody.” 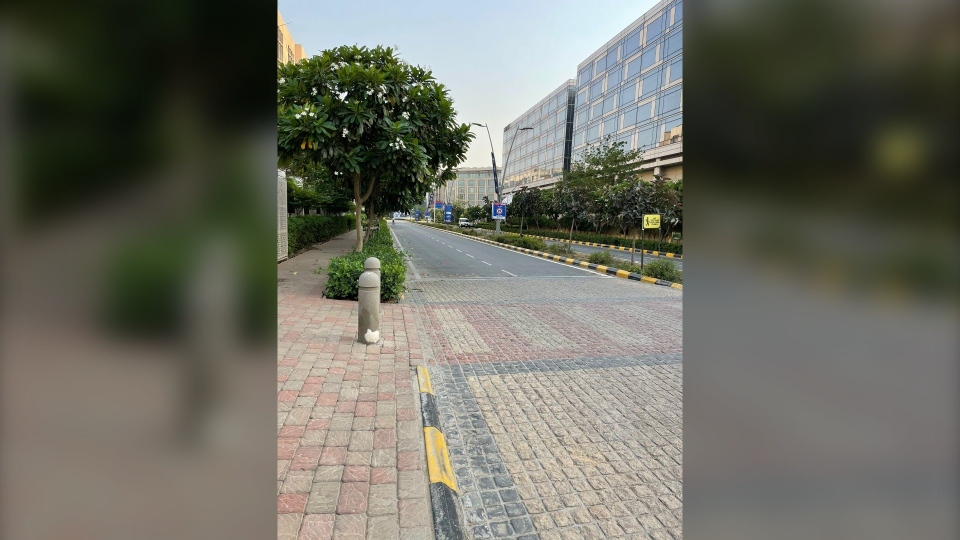 Sharma said even though she is stuck, she is glad Canada halted flights from India to help stop the spread through travel.

Sharma is staying in a hotel in Delhi until she shifts into an Airbnb this week and says roads around the hotel are deserted. She’s seen devastating images of the impact of the pandemic on nearby streets and on TV.

India is reporting a fifth straight day of record new cases. On Monday, more than 352,000 new cases and 2,800 deaths were reported in the past 24 hours. The hospital system is on the verge of collapse and patients are being turned away because oxygen supplies are running out.

Sharma says she has spoken to friends who have lost loved ones because the health care system is overwhelmed.

“How do you create oxygen? How do you help people with oxygen?” said Sharma. “I’m feeling overwhelmed because I’m the type of person I like to go out and help people.”

She says while she is stranded in India, she wants to do what she can during this crisis.

Sharma is a member of The Rotary Club of Calgary. She says she has been in contact with a local chapter in Delhi and a proposal is in the works to see how the service organization in Calgary can provide needed resources and money for supplies in India.

Sharma is also in talks with two non-governmental organizations to see what supports are needed now.

Money raised will go toward Nand Care Foundation, to provide food for low-income Indians, and Diya India Foundation, which works with doctors.

“I’ve seen Calgarians just stepping up and helping anywhere in the world needed so now I’m requesting everybody even one dollar, ten dollars, give dollars, whatever you can…I believe even like one dollar is lots because of the exchange rate here. We can actually feed people, we can help, we can save lives.”

“As registration with the service is voluntary, this is not a complete picture of Canadians outside the country, nor an indication of the number of Canadians abroad that wish to stay or leave,” said the department in a statement.

The department said Canadians in need of emergency consular assistance abroad should contact the Emergency Watch and Response Centre in Ottawa at sos@international.gc.ca or call +1-613-996-8885.

The government said Canadian travellers should register with the Registration of Canadians Abroad service and follow @TravelGoC on social media to get the latest updates on the situation, including details on Government-facilitated commercial flights to Canada as they are confirmed.