CALGARY -- Calgary councillor Druh Farrell is taking some heat after some comments she made on social media this week.

The representative for Ward 7 made a post on Twitter, reflecting on the situation in the United States involving the Minnesota police and the death of George Floyd.

In it, Farrell condemned the police violence that she's seen but couldn't help but think of how the "sick rage there" may reach into their personal lives. 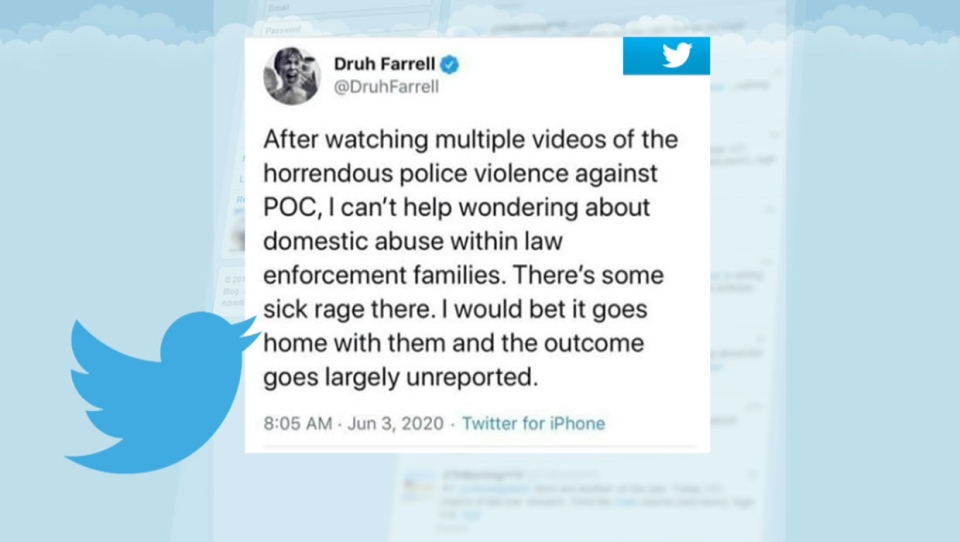 She's since deleted the comment and replaced it with an apology, but the damage has already been done as police officers and their families have already called her out on the comments.

The Calgary Police Service told CTV News Friday they took offence to Farrell's post and added they actively address domestic violence in all communities, including their own.

Officials added they were also disappointed with the timing of the comment, given how tenuous the situation is between police officers and the public in many areas of the world.

Farrell says she was wrong in making the post and is committed working with the Calgary Police Commission to "address the challenges that police services face in the 21st century."

The CPS says it is working with a support network for spouses of officers to address the issue with Coun. Farrell.