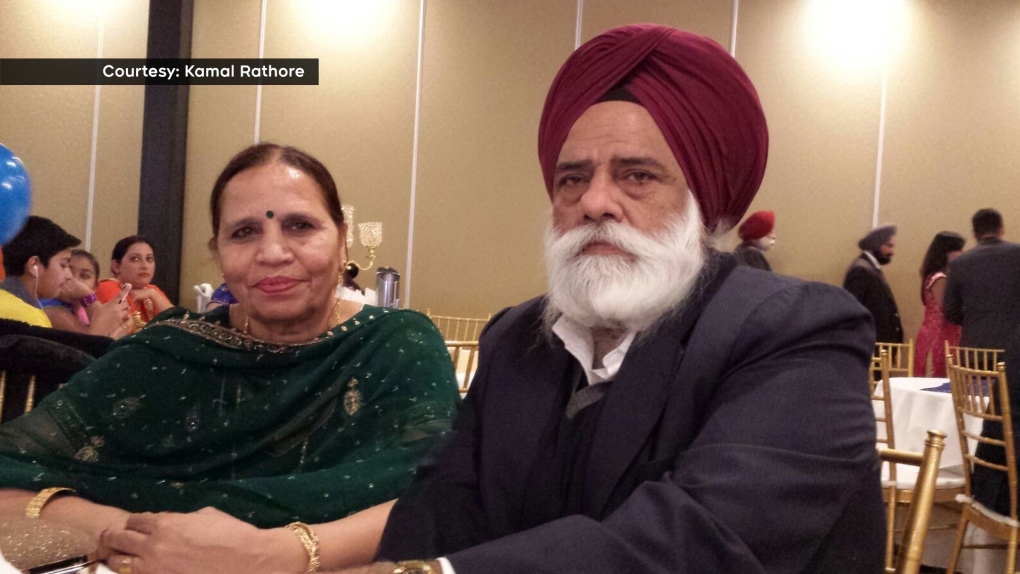 Kirpal Minhas, 67, and his wife, Davinder Minhas, 65, were killed while staying in the Punjab region of India. (Courtesy Kamal Rathore)

CALGARY -- A Calgary couple stranded in India after their flight was cancelled in April because of COVID-19 were killed last weekend.

Kirpal Minhas, 67, and his wife, Davinder Minhas, 65, travelled to the Punjab region of India in November 2019 and were supposed to return to Calgary in the first week of April.

The couple were permanent residents and had lived in Canada for just under four years.

Family members say the couple were days away from returning to Canada when they were attacked in their home in the city of Phagwara on Saturday.

They have two sons living in the U.S. and two daughters in Calgary. The couple's son-in-law, Kamal Rathore, says the family is devastated as they aren't able to travel for funerals.

"It was very, very brutal," he said. "My father-in-law was 67 years old and not very healthy. A very religious guy.

"From what we got from Indian authorities, there were three people who overpowered him and stabbed him to death. All this while he was fighting for his life. It's a very tragic time, a trying time for the family."

Davinder was reportedly strangled to death.

Family said police in Punjab told them the caretaker of the home was arrested along with two other men.

"The motive was just to get their money," said Rathore.

Global Affairs Canada issued a statement, saying it "is aware of the deaths of two individuals in India and extends condolences to their family and friends."

"Due to provisions of the Privacy Act, no further information can be disclosed," read a statement.