CALGARY -- Of all the hazards that come after a big snowfall, fire doesn’t usually come to mind.

But after ongoing trouble with his year-old Honda HS720C snow blower, James Lepage called the company for help. He didn’t like their answer.

“Bring it in, but if it’s something you’ve done, you’ll pay for us looking at it even,” Lepage recalled during an interview with CTV News.

Lepage is disabled and can’t bring in the small snow blower himself so, when his son went to start it, there was first a smell of gasoline — followed by flames.

“He threw snow on it, pushed it over to the snow bank and my wife called the fire department,” he says.

“It’s super dangerous. It could have caught my car, both our cars on fire. A lot of gas came out of it.” 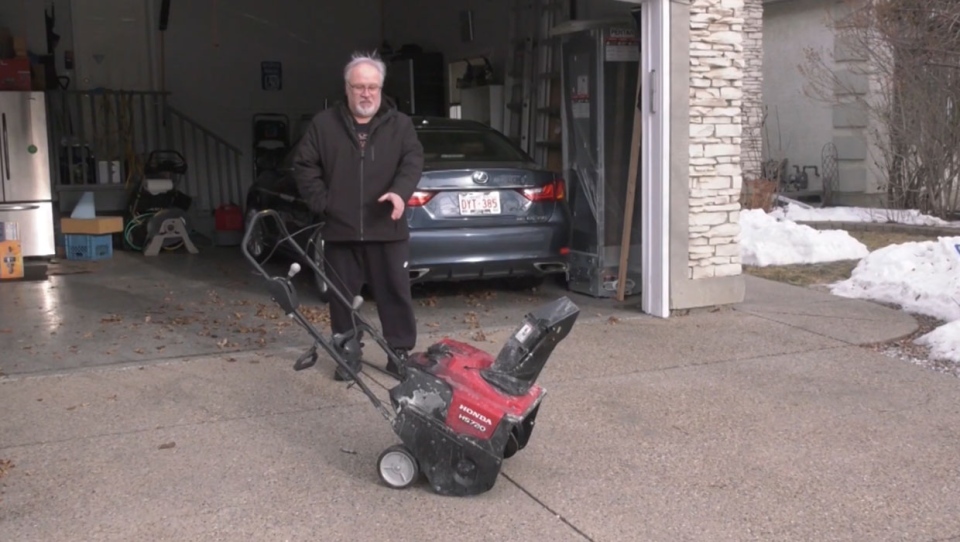 The fire department came and extinguished the blaze, leaving nothing more than a melted $1,000 snow blower and a mark on the driveway.

A spokesperson for Honda Canada says they are relieved no one was hurt in the incident. There are no recalls for that snow blower model, which the company touts as one of the safest and best on the market.

It’s recommended to always start gas-powered yard care equipment outside and not in a garage or shed.