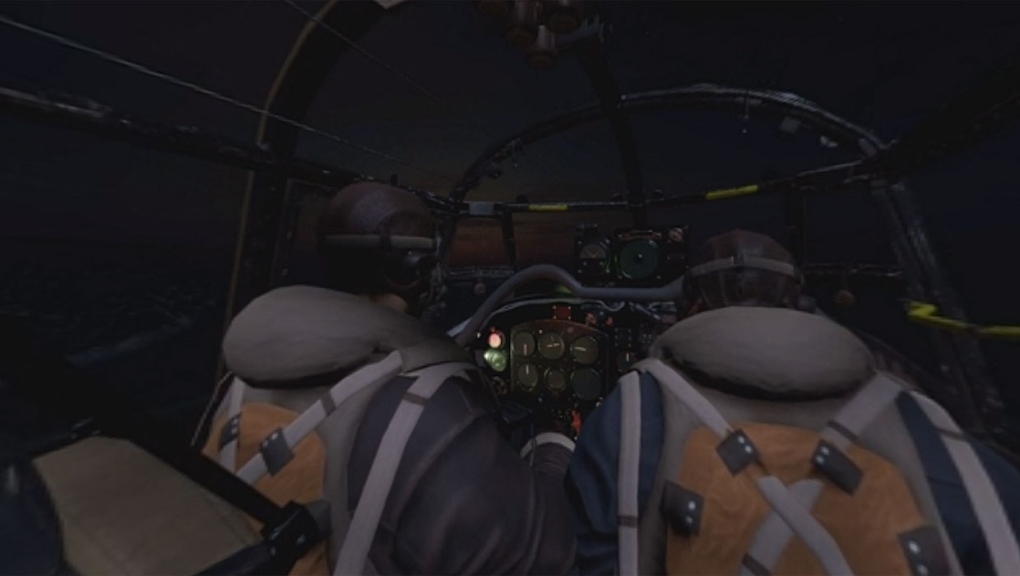 Visitors to the Hangar Flight Museum can get inside a Lancaster bomber during a bombing raid on Berlin in a video that was created by BBC from actual recordings. (Supplied/BBC)

CALGARY – Have you ever imagined flying alongside British aces in the Second World War or walked along the edge of space with NASA's finest? A new VR experience will let you do just that.

The Hangar Flight Museum, in northeast Calgary, has embraced some cutting edge gaming and entertainment technology in order to give visitors a real-life look at some very special aviation experiences.

Using an Oculus Rift, visitors to the museum can put themselves inside the action during a bombing raid inside a Lancaster bomber on Berlin in 1943 or engage in a spacewalk 250 miles above the Earth, inspired by NASA's training program.

A third show, called Rapid Fire, offers viewers a brief history of flight throughout history, from the Wright Brothers' first flight at Kitty Hawk, North Carolina to a trip in the world's largest plane.

Staff at the museum say the 1943 Berlin Blitz recording is a particularly special one to experience because the building itself houses one of two Lancaster bombers in Alberta, which is one of only 17 worldwide.

Use of the VR system is on a first-come, first-serve basis and it's included in the regular admission price for the museum.

Further information on the museum can be found online.