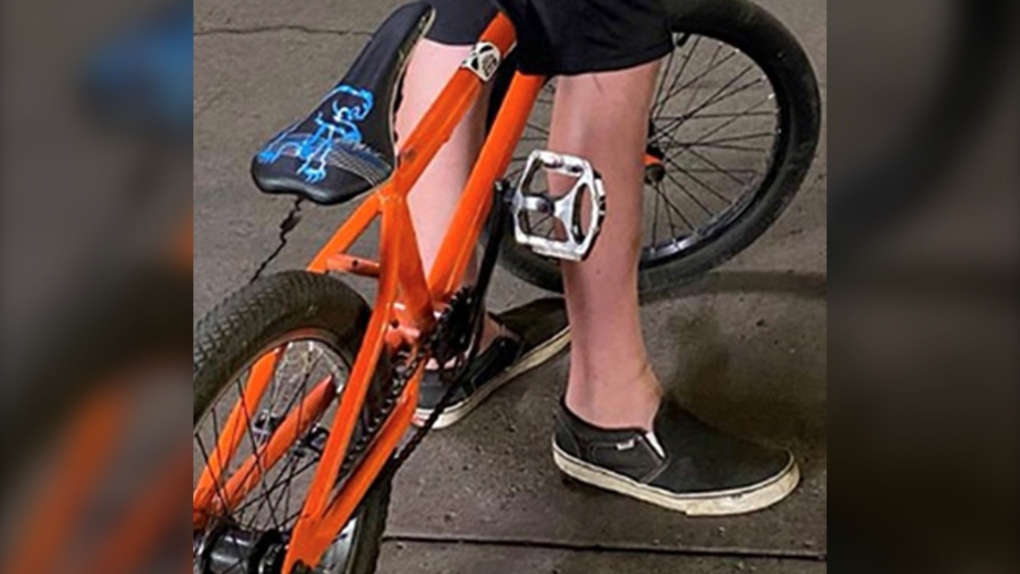 The youth's bike, an orange Mongoose BMX, has sentimental value considering it was gifted to him by his late father. (Supplied)

CALGARY -- Calgary Police are looking for anyone to speak with who may have information about a bike they say was recently stolen.

Officials say it possesses a particularly sentimental value to its owner, a 12-year-old boy, because it was given to him by his father prior to his death.

Friday morning, CPS released a tweet with the description of the suspect who is female, around 35 years of age, with a stocky build and approximately 5-6 (168 cm) tall.

BMX bike stolen that was given to 12 yr old boy by his father prior to his death. Police are looking to speak with anyone who may have information and are asking them to call the non-emergency number at 403-266-1234 or @CanStopCrime #yychttps://t.co/vyF4PA9Noc pic.twitter.com/e1xmVzmdV4

They added the bike was taken from a bike stand outside the Walmart located at 1212 37 Street S.W.

Following tips from the public, officials say the suspect has been identified, but the bike is still missing.

The bike is an orange Mongoose BMX bike.