Calgary police searching for driver in hit-and-run of pedestrian 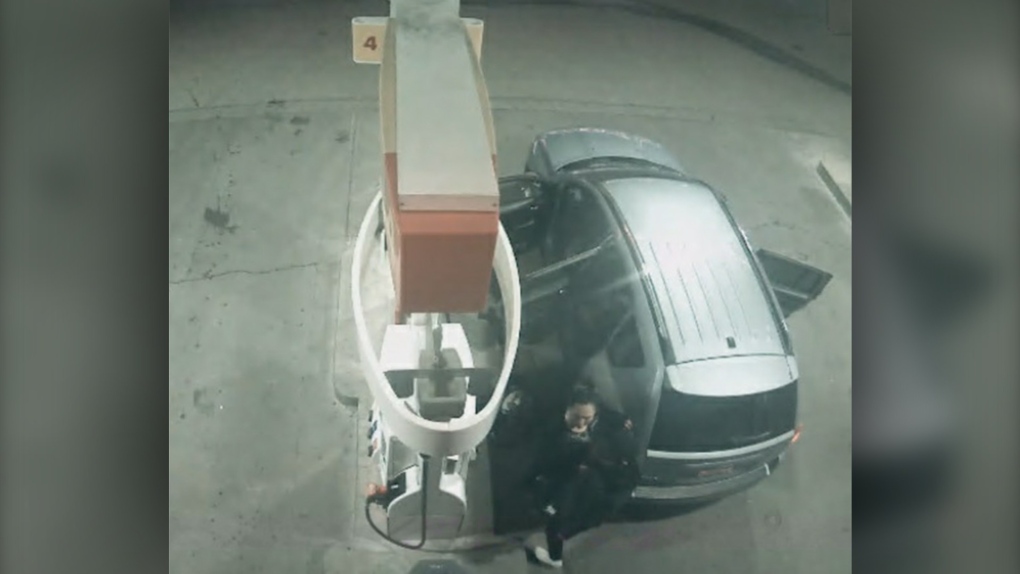 Police are attempting to identify the driver and vehicle involved in a Nov. 2 hit-and-run with a pedestrian near Chinook Centre (supplied)

CALGARY -- Calgary police are searching for the driver of the vehicle following a hit-and-run that occurred along Macleod Trail near Chinook Centre earlier this month.

According to police officials, a confrontation occurred on Nov. 2 between several individuals near the Shell gas station at 5919 Macleod Trail S.W. around 2:40 a.m.

It was reported four individuals got into a sliver Jeep Compass, while the victim walked away.

The driver of the Jeep initially drove off, before circling back and allegedly aiming for the victim who was then struck and run over by the vehicle. The Jeep fled the parking lot southbound on Macleod Trail.

The victim was transported to hospital in stable condition.

Police said the driver is believed to be a woman in her 30s who is described as having a heavy build with brown hair. The driver was wearing a black hoodie, black leggings and black and white low-cut Converse shoes when the incident happened.

Driver sought in hit and run of pedestrian.

A driver & several passengers are being sought by police after a pedestrian was run over at approximately 2:40 a.m., on Monday, Nov. 2 at the Shell gas station located at 5919 Macleod Trail S.W - https://t.co/8POrlVEplU pic.twitter.com/uXds19gUnb