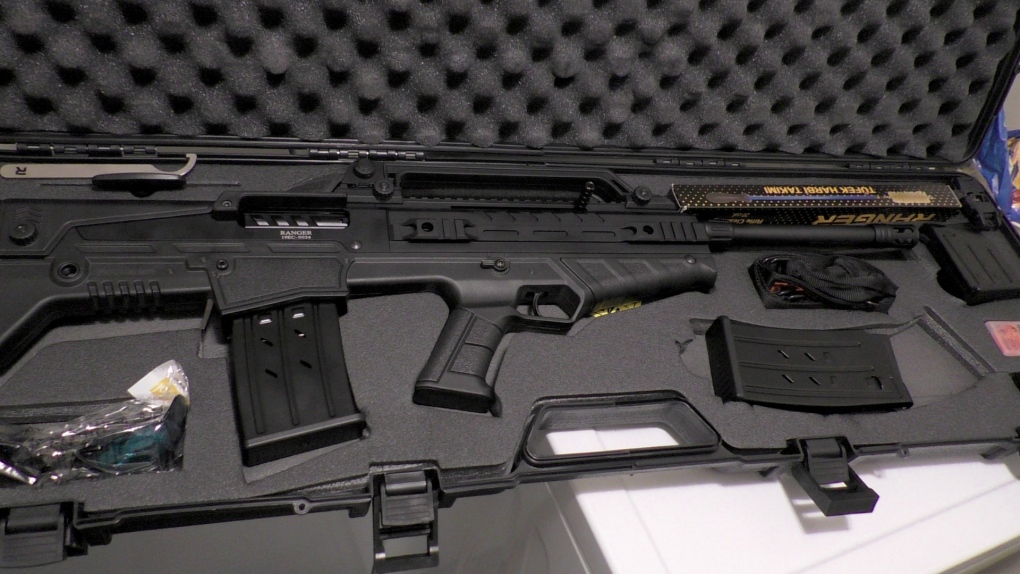 One of the guns seized by police. (Calgary police)

CALGARY -- A Calgary man is facing numerous drug and weapons charges following an investigation by the guns and gangs unit.

With the assistance of the tactical unit, a warrant was executed July 8 at a home in the 100 block of Chaparral Valley View S.E. where police seized six firearms and drugs, including:

Ravinderpaul Gill, 29, of Calgary, has been charged with 29 offences, including:

Gill is scheduled to appear in court Aug. 7.

"The unlawful presence of firearms in our community is extremely concerning," said Staff Sgt. Greg Cooper.

"We are committed to investigating individuals involved in the illegal trafficking of firearms to ensure that our city remains a safe place for Calgarians to live."