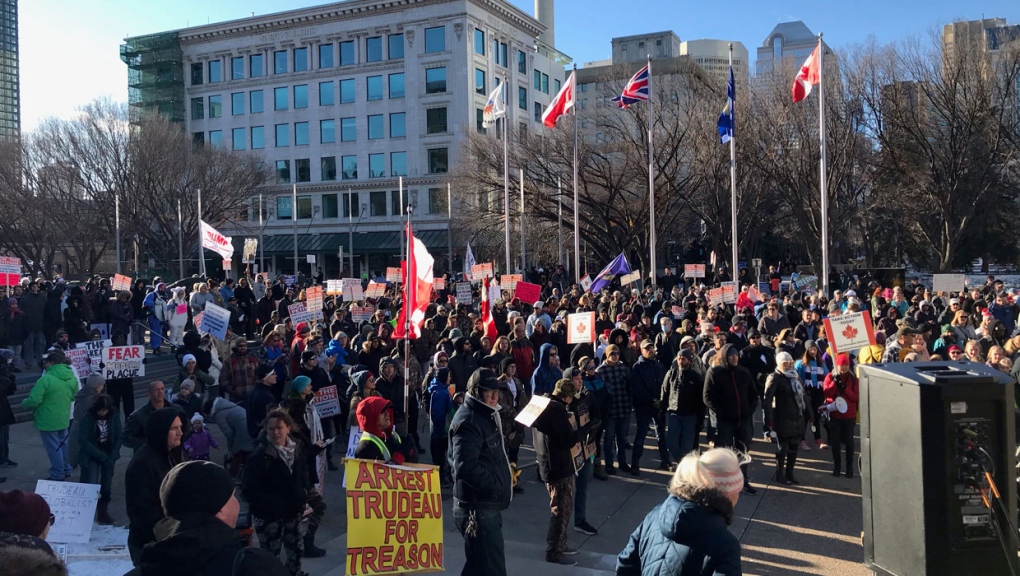 The Calgary Police Service says the lack of ticketing for violations at protest gatherings should not be viewed as the condoning of illegal actions and is often done out of consideration for public safety. (file)

CALGARY -- In response to concerns regarding the lack of enforcement at recent protest gatherings, the Calgary Police Service says the perceived inaction of officers should not be viewed as a reflection of an acceptance of rule breaking.

In a statement released Tuesday afternoon, CPS officials confirmed the presence of officers at protest gatherings is done in order to "keep the peace" as well as "gather evidence in regards to violations of the law."

Const. Luxen of the CPS media relations unit says that while tickets are immediately issued for the majority of flagrant violations, many infractions are better served with the issuing of tickets at a later date to prevent the potential escalation of a volatile situation.

"It must be noted that due to safety concerns for both law enforcement and members of the community, it is not always prudent to issue a ticket at the time of an alleged offence," said Cst. Luxen in the statement. "For example, during a protest or event where emotions are high. In many instances, tickets are issued in the hours or days after an infraction based on evidence obtained at the time of the event.

"Please don’t take the perceived appearance of lack of enforcement, as a reflection of our intent to (not) ticket those who flaunt the law."