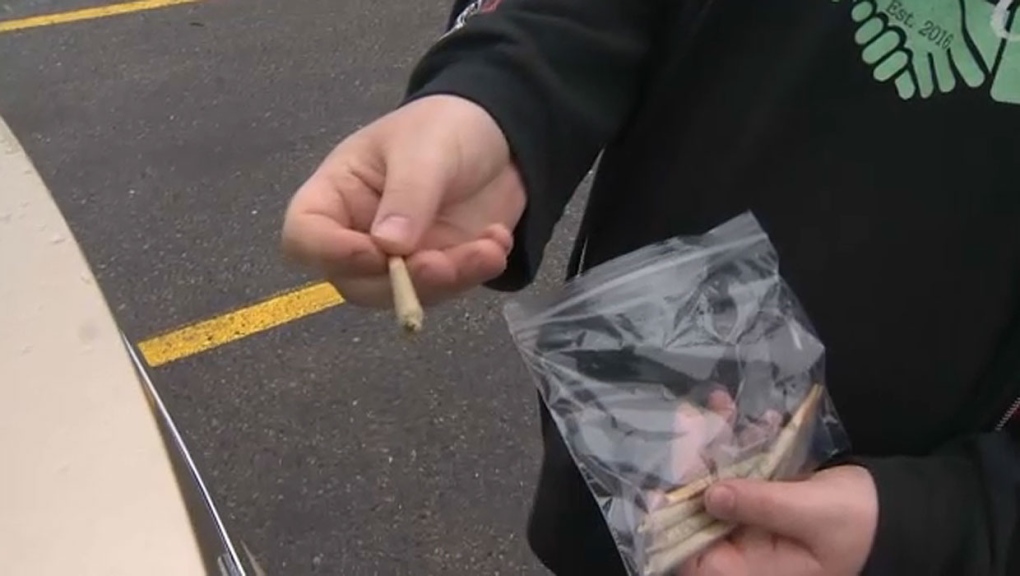 Members if the Calgary Cannabis Club say the prices of marijuana sold in stores are way too high, so they handed out some free cannabis in protest.

A local marijuana group staged a protest outside a popular recreational cannabis store in Calgary on Friday, passing out free pot to illustrate the point that the drug doesn't need to be so expensive.

The gathering was organized by the Calgary Cannabis Club and representatives say it was important to demonstrate because there are still plenty of problems with the industry.

"I see a lot of concerns with recreational cannabis legalization. Just from the retail standpoint here, we're seeing a monopoly of the bigger, more corporate, cannabis stores," said Gordon Hayes, director of fundraising and events at the club.

He says New Leaf has 30 per cent of the market share in Calgary and it's "not really fair."

Hayes says the application process needs to be sped up to ensure smaller shops aren't smoked out of the market entirely.

He says the cost has also been an issue among people and the drug doesn't need to be so expensive.

"It doesn't need to be $17 a joint, [so] we can stand here and give it away for free. The pricing is just outrageous."

Hayes adds if people just made the effort to grow their own pot under the regulations set out by the province, they would find that it costs only a few dollars per gram to produce.