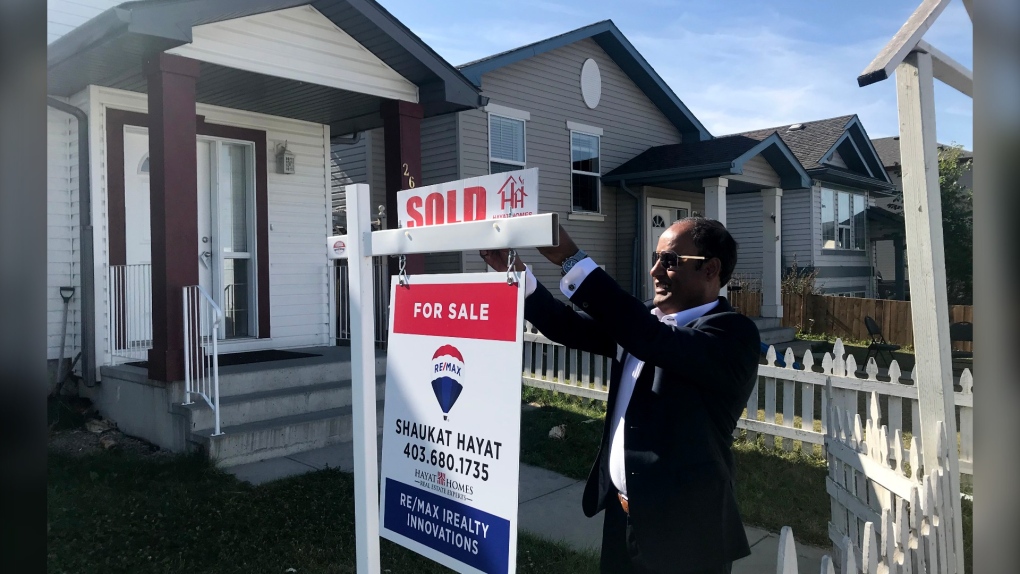 Calgary realtor Shaukat Hayat says despite the pandemic he had one of his busiest summers ever.

CALGARY -- Calgary realtor Shaukat Hayat had his busiest summer ever, during the COVID-19 pandemic.

“During the pandemic people realize the value of a property, value of a house while they were staying inside,” said Hayat, who has been in the industry since 2006.

Hayat points to a number of factors, including inventory levels and low interest rates on monthly mortgage payments.

The Canada Mortgage and Housing Corporation says sales started to pick up toward the end of June, but were soft in April, May and June.

CMHC released its latest Housing Market Assessment on Monday, looking at the health of the market during the second quarter of 2020.

“We had a huge economic shock in labor markets, in the oil markets which Calgary is a centre of," said Michael Mak, senior analyst, economics with CMHC.

"This shock basically gave consumers a level of uncertainty and both sellers and buyers didn't really have a certain outlook on the future. It may be that they decided to wait and see how the government responded how the pandemic responded before making any sales or buys."

Mak said the report also found there is increased supply in new homes being built in the city compared to demand.

Final sales numbers for the summer aren’t available yet, but Mak says sales are slightly higher and prices are about 10 per cent higher also.