CALGARY -- Jari Manner is one of hundreds of inmates who contracted COVID-19 at the Calgary Remand Centre. Manner said he tested positive in January about a week after he was moved into a cell with another inmate who had the virus. Manner was in custody for a theft conviction.

“I want someone to go up there and see what’s going on. This is the tip of the iceberg for this place, Calgary remand’s not a good place to be, from the moment you walk in the door you’re not a human to them,” said Manner.

According to Alberta Health Services, as of Tuesday there have been a total of 577 cases of COVID-19 among inmates and staff at the facility. Currently there are four active cases. An outbreak declared last May still has not been lifted.

In a lawsuit filed Tuesday, Manner alleges the remand centre, which is operated by the province failed to protect him from the COVID-19 pandemic. He’s seeking around $100,000 in damages. 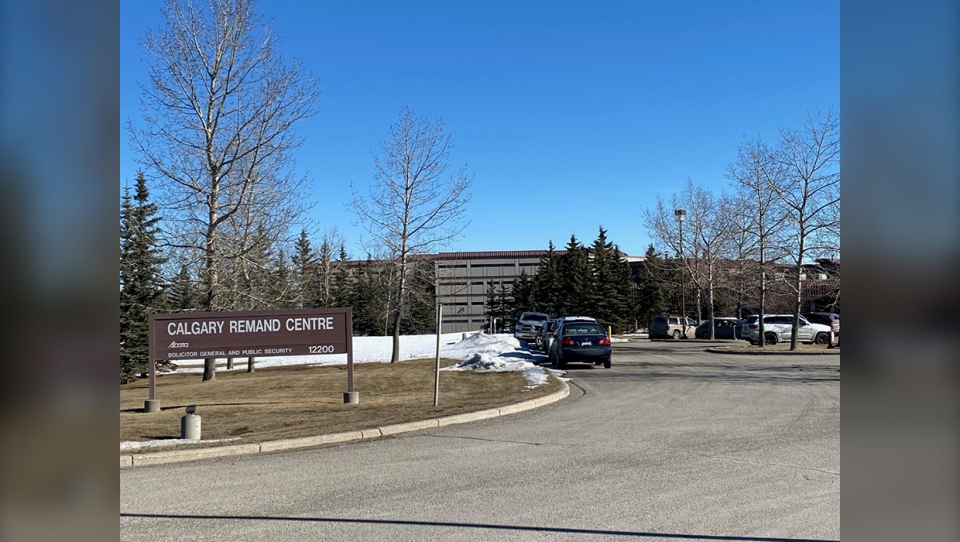 “There were no protocols. It was basically fend for yourself,” said Manner. “I complained, they don’t care. You’re not feeling good ask for some Tylenol, that’s what they say.”

Manner alleges the only PPE he was provided was a mask. He was required to keep the same mask for more than a week. No hand sanitizer or other PPE was provided. He said there were no sanitation procedures for shared spaces such as showers and limited cleaning supplies in cells.

Manner’s lawyer said the facility may have conducted practices which allowed the virus to spread.

“A lawsuit in this sense is important because it’s the only way to bring these issues out so they can be addressed and so they won’t happen to people in the future.”

Manner said after he tested positive with the virus, he asked to see a doctor. He also asked to be moved to a medical facility. Both requests were denied.

None of the allegations have been tested in court.

The province said it can’t comment on specific cases for privacy reasons, but said COVID-19 is taken seriously at every provincial correctional and remand facility.

“Precautions and preventative actions include using robust infection prevention protocols for the safety of both provincial inmates and staff,” said Alberta Justice in a statement issued to CTV News.

Many protocols have been in place since March 2020 according to directions from Alberta Health Services. The province said if a facility experiences an outbreak, there would be enhanced cleaning and PPE protection. In some facilities, there would be no movement between units and some inmates would be isolated to prevent spread.

“Inmates who have tested positive for COVID-19 are separated into small groups under the care of on-site AHS staff, as per medical officer of health guidelines. This aids physical distancing and restricts transmission between groups, as per AHS guidelines,” said the province.

Manner’s case could be the start of what could be a class action lawsuit.

“In the statement of claim we ask the court to consider whether a class of people have been affected by the negligence and breach of rights we’ve alleged here,” said Frank. “If the court agrees with us then at a later date they would certify this as a class action lawsuit.”

“We’ve talked to more than 200 people who are consistently telling us the same things about the real risks they were exposed to and the fact that they contracted COVID-19 when it was preventable.”

Frank said they have heard from inmates from other centres including the Lethbridge and Red Deer Remand Centres as well.