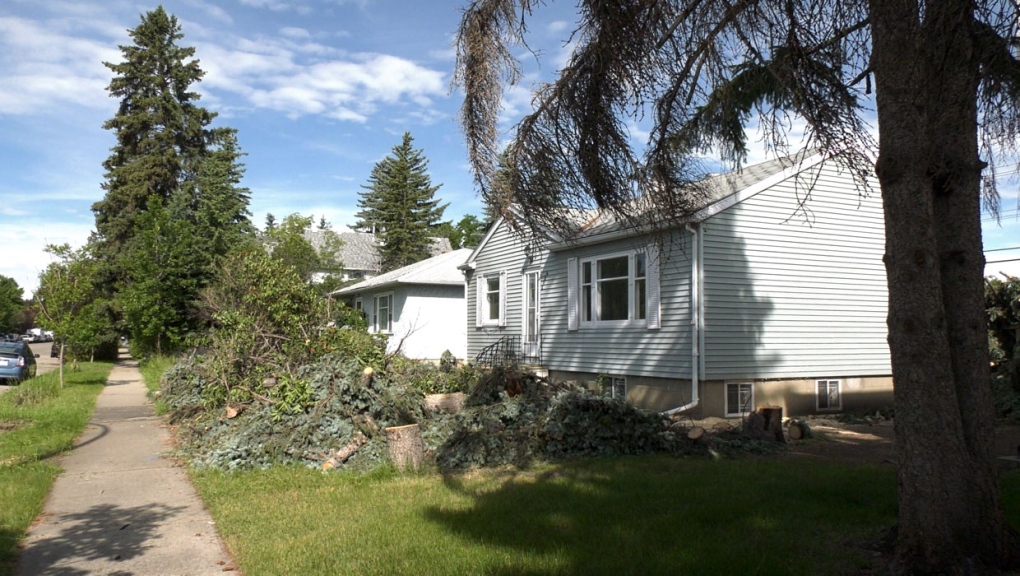 Those that live in Calgary's Westmount neighbourhood were surprised when a developer removed 25 old growth trees to make room for new homes.

CALGARY -- Many of the homes in the northwest community of Westmount were built in the 1940s.

Mature trees are abundant, but so are infill homes.

Developers are taking down the older, smaller structures and replacing them with larger multi-storey ones.

Tiffany Lennox has lived in the community for three years and doesn’t like that 25 spruce trees were removed across the back alley from her home.

"So the lot behind us was sold,” said Lennox. “There were a lot of mature trees on the lot and with the new developer, they have taken the trees down for the new house.”

The trees were decades old and planted metres apart along the perimeter of the backyard fence. A few were also planted in the front yard. Neighbours say they were teeming with wildlife.

"Many species of birds, squirrels, chipmunks and there was constant sound from those trees," said Lennox. "You knew that they were full of animals." 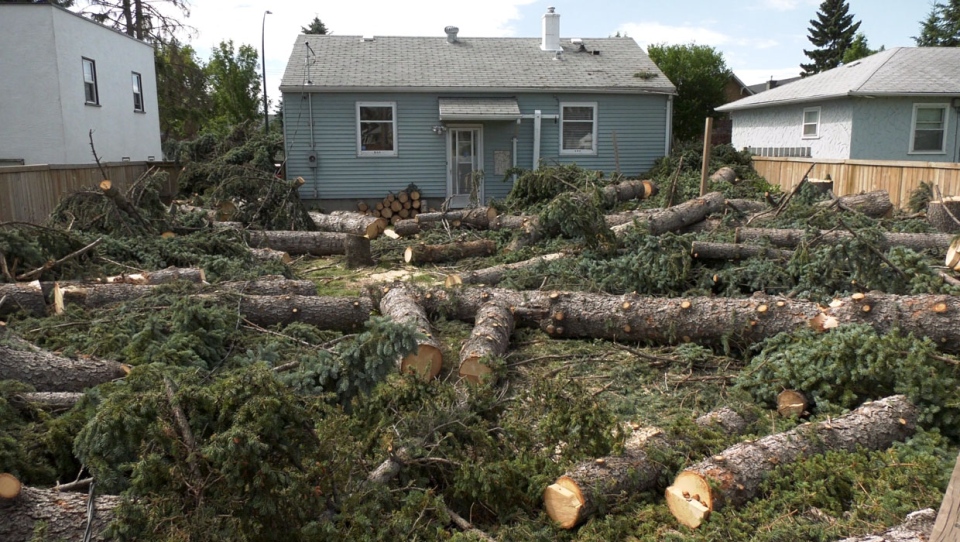 According to city bylaws, trees on public land can’t be touched by developers. But trees on private land are the responsibility of the owner and can be removed at their discretion.

The bylaws require the owner of new homes in new or existing neighbourhoods to plant and maintain two or three trees depending on lot size.

Lennox says the policy surrounding old growth trees and preservation of the urban canopy needs to be reviewed by the city.

"I think from the city of Calgary it would be great if we had more bylaws in place to preserve mature trees," said Lennox. "And certainly more action in a quicker time frame."

Byron Henry has lived in Westmount for 15 years. His family is in one of the newer infills. Henry says he made the tough decision to remove two mature trees from his small back yard because there wasn’t room to do anything.

"We had a young daughter and we wanted her to be able to play in the back yard," said Henry. "We wanted to sit out there and barbecue, with the two big trees we couldn’t do that, there was always squirrels, acorns, and nothing could grow underneath them."

Henry hired an arborist to remove the massive trees and learned that the 25 spruce trees two houses down could prove dangerous.

"The guy that took ours down he said those trees there, they don't have a very deep root system and none of them really looked healthy," said Henry. "He said it's quite dangerous actually if you get a big storm a lot of them can just come down."

Henry says he'll miss the trees but says there are benefits.

"It's a shame to see them go but there’s pluses as well cause now we’re going to get sun coming from the west that we didn’t get before because they were quite tall, past about three in the afternoon we were in the shadows for the rest of the day."