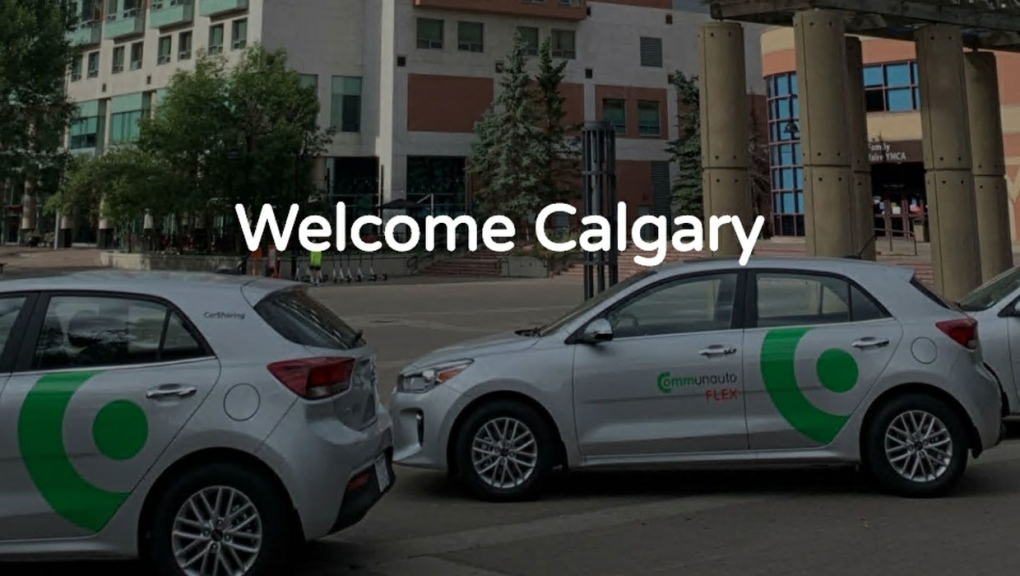 Montreal-based Communauto will officially launch in Calgary Saturday, with 100 vehicles on the street. (Supplied)

CALGARY -- Calgarians looking for a ride in the city will have a new option as Montreal-based Communauto FLEX officially launches Sept. 19.

For the inaugural day of the service, the company will be putting 100, five-seat Kia Rios onto Calgary streets.

New subscribers to the service will also be treated to a special deal to celebrate the city's launch. The company is offering free FLEX trips of 30 minutes or less for the whole month, a service that usually costs $75.

Communauto is the latest carshare service to come to Calgary after the departure of Car2Go in October 2019.

City officials are welcoming the new service, saying the company has been a "pleasure to work with."

"(We) know that they are helping to provide an affordable and sustainable mobility option for Calgarians," said senior transportation engineer Eric MacNaughton in a release.

The operating area for the vehicles will be relatively small at first, only about 26 square kilometres, but the company expects to expand that once demand increases.

"Communauto users will not be able to end their trips in the downtown core," MacNaughton said. "Communauto felt there were already enough options for people to travel into downtown, such as transit. They are much more focused on providing a service to people who want a car to go shopping, visit friends and family or head out to the mountains for a few hours."

The company purports to be a much different model than its predecessor Car2Go as it focuses on longer daytrips rather than short drives. Officials say the interaction with the City of Calgary as it worked to set up the service has really worked out.

"Calgarians and the City of Calgary, have been very supportive. More than 1,000 people started the membership process even before its launch," said Adrianna Rangeloff, branch manager of Communauto in Calgary.

"With these 150 cars, we feel, we are just beginning to provide a reliable alternative to car ownership."