Calgary shirtless run raising money for Inn from the Cold 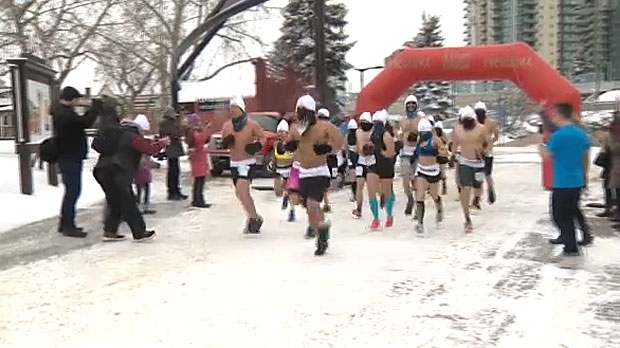 Last year's Exposed 5K Run, where participants braved -35 C temperatures, earned over $30,000 for the Inn from the Cold. (File)

CALGARY -- For the second straight year, about 50 people will lose their shirts to run five kilometres, raising money for Calgary's Inn from the Cold.

NATEFIT Integrated Fitness & Nutrition say the funds raised during the Calgary Exposed 5K run will help the emergency shelter that supports for homeless children and families.

Last year marked the first annual run and it raised $31,500, where participants battled through the elements with temperatures on the mercury scale around -35 C.

"We had 20 runners brave the cold," said Nathaniel Ernst, president of NATEFIT. "This year we still had chilly weather about a week and a half ago. We had training runs leading up to that, so the runners still got out and earned their donations."

He says the warmer conditions have made it an easier run for everyone involved.

"It does help a lot with runner safety, making sure we don’t have to worry too much about safety and the runners can focus on just having fun."

Exposed was born from the idea by Ernst who ran a personal 10km race shirtless in 2018, raising $4,400. At that event, he battled temperatures of around -15 C.