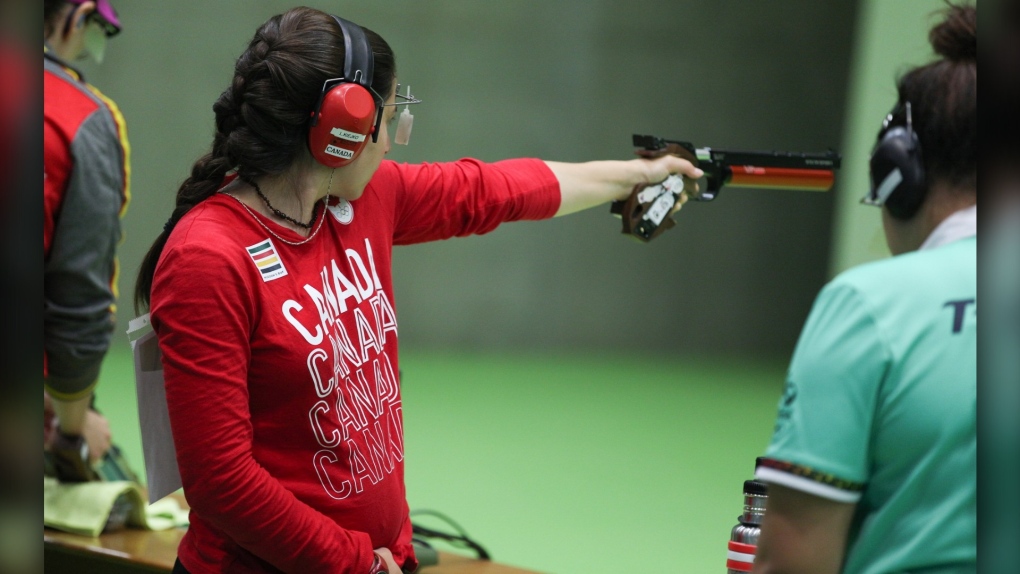 CALGARY -- Lynda Kiejko will follow in her father's footsteps to the Asaka Shooting Range in Tokyo.

The 40-year-old Calgarian will be Canada's lone athlete in sport shooting at the Summer Olympics opening July 23.

Her late father Bill Hare, a three-time Olympian in shooting, represented Canada in the 1964 Olympics in Tokyo at the same venue. He died in 2005.

"I get to go compete in the same place my dad did," Kiejko told The Canadian Press. "Tokyo was a very special place for him. He loved everything about it.

"I get to have that little bit of connection with my dad, even though he's gone now. I think it's going to be pretty special."

Kiejko (pronounced KAY-ko) becomes a two-time Olympian. She finished 38th in both pistol disciplines in 2016 in Rio de Janeiro.

Sport shooting has been a Hare family affair.

Her sister Dorothy Ludwig is also an Olympian. She finished 34th in the 10-metre in London in 2012. The sisters won a Commonwealth Games bronze in air pistol pairs in 2010.

Bill also competed in the 1968 Olympics in Mexico City and the 1972 Games in Munich. He earned a Commonwealth Games gold medal in 1974 before his daughters were born.

Kiejko claimed a pair of Pan American Games gold medals in Toronto in 2015 to qualify for Rio.

Canada was shut out of gold and silver medals at the 2019 Pan Am Games in Lima, Peru, accounting for the country's small shooting team in Tokyo.

But Kiejko's gold medal in the 2018 Shooting Championship of the Americas in Guadalajara, Mexico, assured Canada a Tokyo berth in the women's 10-metre air pistol.

Kiejko then claimed the berth via a two-stage Canadian trial in January, 2020, just four months after her son Logan was born.

Then came the COVID-19 pandemic and the long wait. Canada pulled out of the 2020 Tokyo Games, which were subsequently postponed a year.

"Even just getting to Tokyo is going to be a huge feat and a huge relief," Kiejko said. "There was so much uncertainty. The only certainty over the last year has been change."

Kiejko and her husband Kevin have three children under the age of six. She's a civil engineer who works part time for an electricity company.

Having secured the 10-metre Olympic berth, Kiejko had enough 25-metre qualification points to gain entry into Tokyo in that discipline too.

The Olympic shooting competition runs from July 24 to Aug. 2. Kiejko's coach will be Lisa Borgerson of Rockglen, Sask.

Kiekjo feels her unrealistic expectations of herself in her Olympic debut in Rio didn't help her performance there.

"I was so wound up about trying to perform better than I had been training, and with the image of gold medals in my head," Kiejko said.

"If things equate into podiums and medals, that will be wonderful and will be incredible, but at the end of the day, I want to put in a solid performance I'm proud of. That is going to be my goal going into it."

This report by The Canadian Press was first published April 30, 2021.