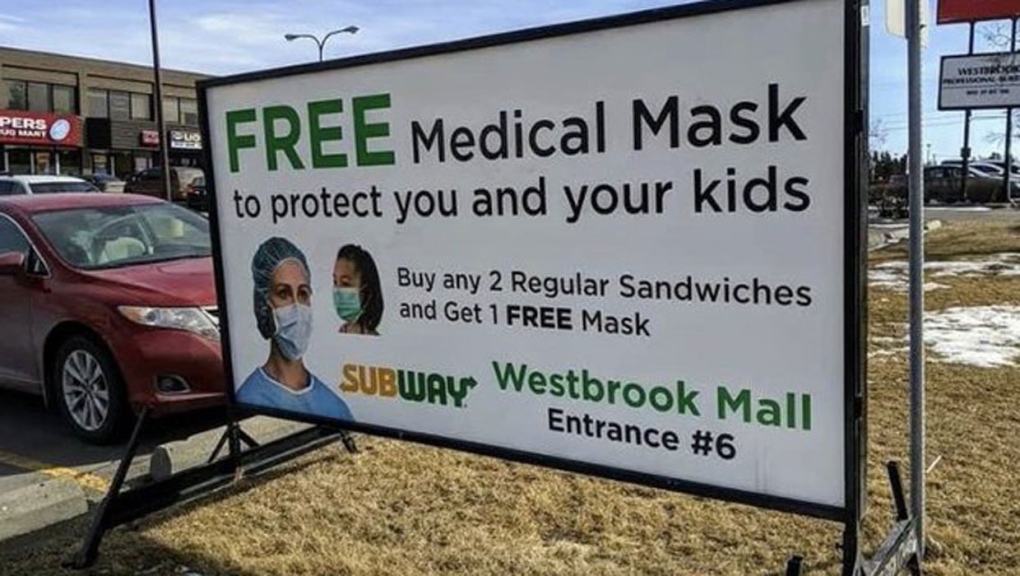 The advertisement, posted outside Westbrook Mall in Calgary, offered customers a free medical mask with a sandwich purchase. (Twitter/@Erin_Crook)

CALGARY -- The Subway restaurant company says it has taken action against a Calgary franchise owner who posted a billboard outside the location offering a strange deal for customers.

The sign, set up outside Westbrook Mall, advertised a deal offering a free mask to any customer who purchased two regular sandwiches.

Many people posted on social media about their distaste for the advertisement and complained to Subway directly about the issue.

The corporation responded to the situation Friday morning, saying it has already taken action about the billboard, adding it did not reflect Subway's brand values.

Thank you for expressing your concerns. We took immediate action to address this on a local level & the sign has been removed. This sign does not reflect our brand values & the great work being done by our dedicated franchise network during this difficult time.

When CTV News went to the location Thursday evening, the billboard's imaging had already been removed. 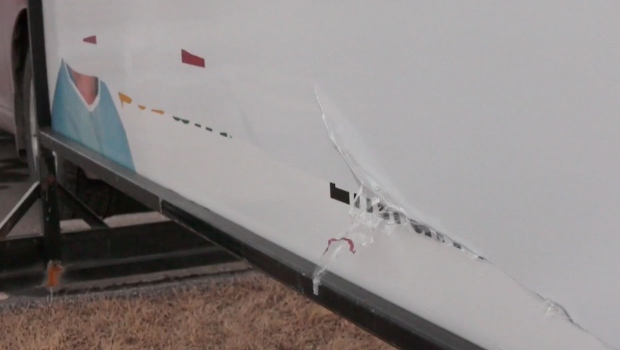 Westbrook Mall officials say they have also reached out to the franchise owner and have taken steps to remove all of the signage.

"As this promotion is in no way affiliated with Westbrook Mall, we encourage you to reach out to (Subway Restaurants) directly," a statement said.

Two people have died from COVID-19 in Alberta and almost 500 people have been infected by the illness.

COVID-19 closures: It's as if Ottawa has fallen off the electricity grid

For nursing homes, symptoms aren't enough to tell who's sick

COVID-19 has now killed more people in Canada than SARS

'It will get better': Canadian in China shares glimpse of life on other side of COVID-19 curve

U.S. COVID-19 caseload surges to most in the world