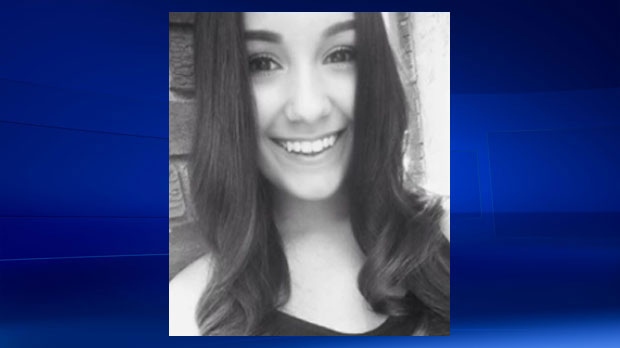 Meghan Bomford, 17, was killed in a rollover crash on Oct. 18, 2016. Her father is currently on trial for impaired driving causing death.

CALGARY -- Minutes before 17-year-old Meghan Bomford was killed in an October 2016 crash, she texted her mother saying her dad felt it was an inconvenience to drive her and her friend to get police record checks so they could apply to become junior ringette coaches.

Lisa Bomford said the texts started almost as soon as her daughter was picked up by her estranged husband Michael Bomford at 4:27 p.m. on Tuesday Oct. 18, 2016.

At approximately 4:45 p.m. that day,  the Jeep they were in lost control and flipped along McKnight Boulevard N.E., throwing all three people from the vehicle.

Lisa Bomford said her daughter did have her learner's licence but couldn’t have been the one behind the wheel that day because she would make a comment even if her mother glanced at her phone while driving.

"She would certainly raise her voice, would say, 'I don’t want to die today,'" said Lisa Bombord.

The mother testified she frequently communicated with her daughter by text, saying Meghan sent her mother a screen shot of a text conversation with her father where he was impatient about having to drive her. 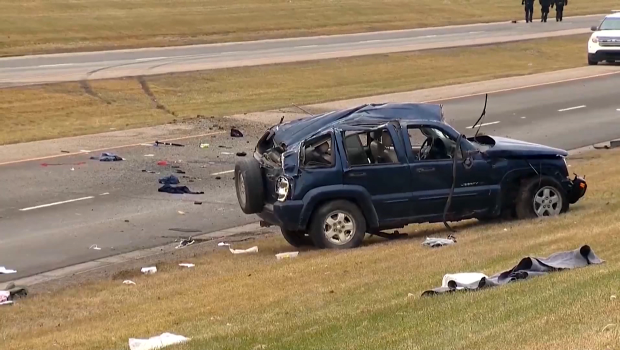 Another text read, “[he’s] acting like it's such an inconvenience he has to drive me and Kelsey to the police station.”

The surviving teen suffered brain damage and doesn't remember anything about the crash, court heard Monday.

In the Crown’s opening statement, prosecutor Scott Wilson told the judge evidence will be called at the trial proving the accused had triple the legal amount of alcohol in his system.

The vehicle was travelling 112 km/h in an 80 km/h zone just prior to the crash.

Multiple witnesses described Michael Bomford as unresponsive as he was transported to hospital.

Under cross-examination by defence lawyer James Wyman, Lisa Bomford admitted she did not actually see her daughter get into the vehicle when he arrived at their apartment.

“You believe my client is responsible?” Wyman asked.

“Meghan certainly isn’t, and yes I do,” she replied.

The trial is being presided by Court of Queen’s Bench Justice Kristine Eidsvik.