CALGARY -- Paramedics, firefighters and police are at the scene of a multi-vehicle crash in southeast Calgary.

The incident, which occurred at about 11 a.m. at the intersection of 52 St. and 90 Ave. S.E., involved a Calgary Transit bus and a semi truck.

Calgary police tell CTV News the bus crashed into a pole as a result of the collision.

There are no details about what exactly led up to the crash but police say several people were injured. It's believed all the injuries are minor in nature. 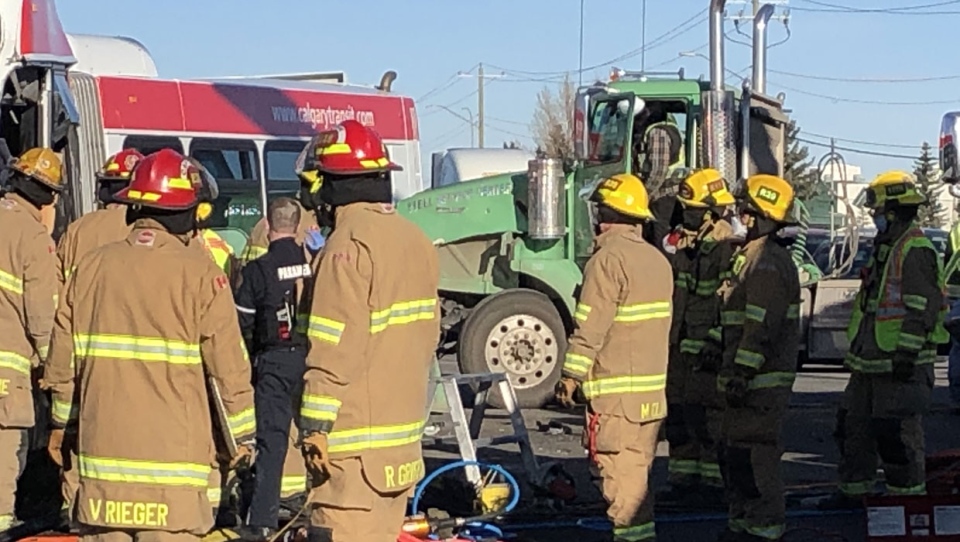 The driver of the Calgary Transit bus was also trapped inside the wreckage for nearly an hour until crews cut him out. He was taken to hospital with unspecified injuries.