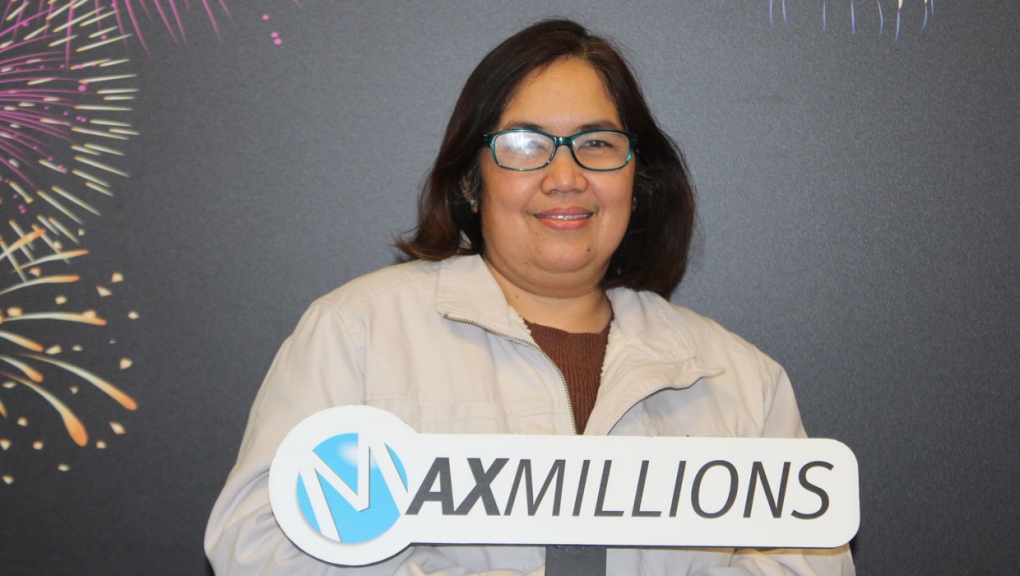 Raquel Reyes won $1 million from a ticket she bought at a southwest Calgary 7-Eleven for the Feb.26 draw. (Supplied)

CALGARY -- A Calgary woman has big dreams for her family after winning $1 million in a Lotto Max draw last month.

Officials say Raquel Reyes won big in the Feb. 26 draw, matching all the numbers needed for one of the MAXMILLIONS prizes.

She says she first learned about the money when she scanned her ticket on the Lotto Spot app.

"When I saw that I had won a million dollars, I had to check the ticket again," she said in a release. "I scanned it quite a few times over that weekend."

While she aims to make life a lot easier on herself and her husband by using some of the money to pay off their mortgage, she has other ideas too.

"We're also going to put money away for our kids," she said, adding other family members will also benefit from the windfall.