CALGARY -- A Canadian man’s rare collection of Supreme T-shirts is up for sale. According to Christie’s, it’s the “holy grail” for Supreme collectors, and it’s expected to fetch nearly $2 million USD.

It’s owned by 21-year-old James Bogart, and is touted as the first and only complete collection of every Supreme T-shirt sporting the brand’s famous box logo that was released at retail since the brand’s inception in 1994.

The Vancouver man said it took him six years to acquire the collection, mostly from the secondary market. Of the 253 shirts, 241 were officially released by Supreme.

The other 12 shirts include rare samples and special pieces, like the one-off tie-dye sample that’s believed to have been produced in 2006 or 2007. The box logo was printed on a tie-dye shirt that was supplied by a friend of the brand. Bogart acquired it through an auction for $52,000 USD.

“That one was extremely special because there’s only one in the world,” said Bogart, “I know it’s absolutely authentic, I know where it came from, and I know it’s never going to be repeated again.”

It’s a task that Bogart was told would be impossible to accomplish.

“It was immensely difficult,” said Bogart, “Onlookers would say, ‘Good luck, but we don’t think you’re going to make it’.”

For Bogart, the hardest item to acquire was a red box logo printed on a white T-shirt from 1997.

“The collector who had it, I had known him for four years and he told me he would do anything for me except sell me that shirt. It was one of the last two shirts [to complete the collection], and I knew I had to move mountains to get it.” 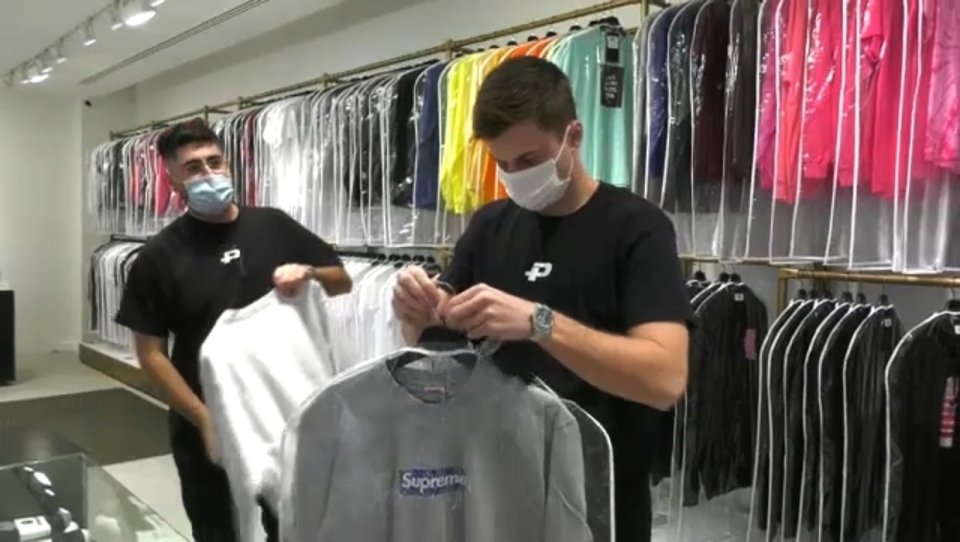 Bogart believes he has spoken to thousands of people in his quest, “For some, I’ve had to go through 50 different people before reaching the final person that has the item.”

Part of the difficulty comes from establishing an index of T-shirts himself, as Supreme doesn’t have an archive.

“The brand itself has never published anything officially, so a lot of it is speculation,” said Bogart, “and there’s a great deal of conversation that surrounds them.”

Bogart consulted with countless people in the industry to establish exactly what T-shirts to hunt down. Among this group of industry insiders is his friend from Calgary, and owner of Plus, Ibrahim Itani.

Plus is a retailer that caters to the growing “hype” culture, driven by the scarcity of limited release products through “drops” and “raffles”. In a traditional drop, you might see people line up outside of a store for days to get their hands on exclusive releases. These days, Itani says, people are more apt to enter a raffle for a chance to buy the limited release product.

Many of these coveted items then circulate on the secondary market. In his industry, Itani says authenticity is key.

“We’re very particular about the products we bring in,” said Itani, “We work with a lot of the brands directly or through third parties. If we do buy from the secondary market, we have a team of authenticators and if we have any sort of hesitation, even a factory defect, we won’t risk putting it in our store.”

In 2017, Itani hired Bogart to work at the first Plus store in Vancouver. Since then, he’s helped Bogart track down and authenticate a number of the items in his collection. Their journey even took the pair to London, U.K., Bogart’s first trip overseas, to witness for themselves a shirt that they didn’t know existed. 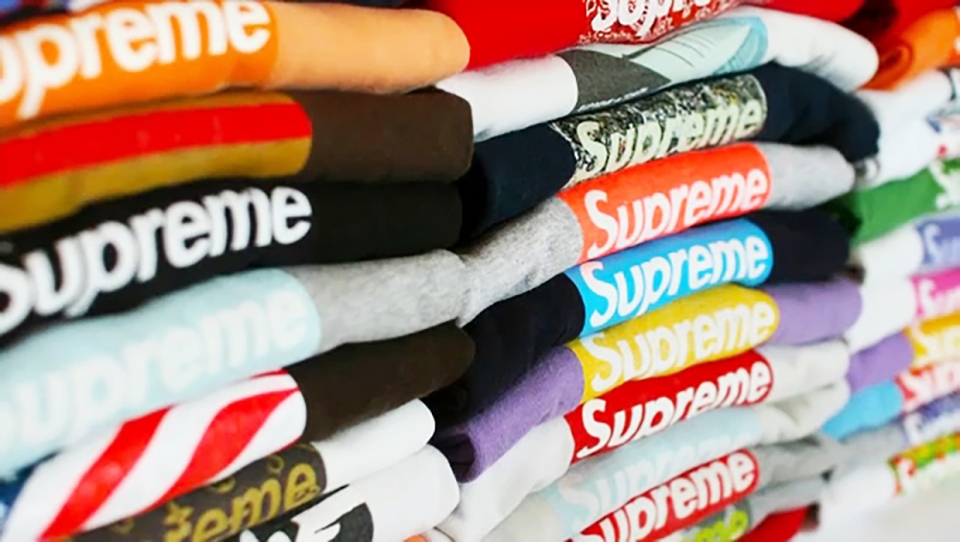 In early November, Supreme was sold for $2.1 billion USD to VF Corp., parent company of Vans, The North Face, and Timberland. Itani said it’s good timing for the sale of Bogart’s collection.

“Having the complete box logo tee collection while the company is at a financial peak is very special,” said Itani, “It only adds value to his collection and the potential end buyer will definitely have something that I think no one will ever be able to accomplish.”

Christie’s in New York is presenting “The Box Logo Collection” as a private sale alongside an online auction of other rare Supreme items. It’s the auction house’s first dedicated auction to the U.S. streetwear brand.