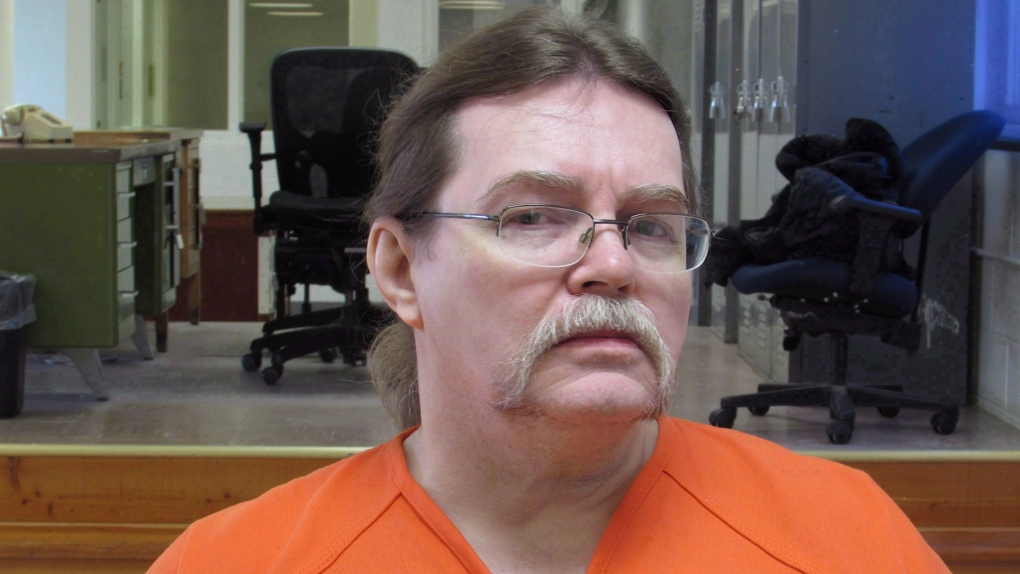 Canadian Ronald Smith, who has been on death row in Montana for killing two young men over 30 years ago, speaks with the Canadian Press in Deer Lodge, Montana on Oct. 4, 2016. THE CANADIAN PRESS/Bill Graveland

Despite good news last month, when a bill to resume executions in Montana was unexpectedly defeated, the Canadian on death row in that state is in a sombre mood.

Smith, originally from Red Deer, Alta., has been facing capital punishment since 1983 for killing two young Montana men in 1982.

"I thought we were screwed," he said in an interview with The Canadian Press from Montana State Prison in Deer Lodge, Mont.

"I didn't think there was a chance in hell that this wouldn't be approved. Once my daughter found out, I explained to her which road we were going down and what the probable outcomes were going to be. I was that sure that it was over."

Montana's house of representatives passed a bill in February that would have amended protocol to include any substance in a lethal quantity sufficient to cause death. But the senate voted it down 26-24.

The execution issue is likely to arise again in two years when the state legislature reconvenes.

"Obviously, I'm happy about it, but at the same time it keeps running through the back of my head, 'Oh crap. I'm stuck sitting around here again," Smith sighed.

"A lot of people look at it and say, 'Well at least you're alive,' but I'm really not. I'm just sitting around like a bump on a log is all I'm doing, and after almost 40 years of this, anything is preferable."

Smith, 63, rephrased his response when asked if he would prefer to be executed.

"Well, maybe not preferable, but I wouldn't be bothered by it. As soon as I heard what was going on, I accepted it. I went, 'OK, cool. I don't have to deal with this crap anymore."

"I was worried about my family because they were going to take it hard. Personally, I don't care. I've hit that point where I've done enough of this. If they're (legislators) not going to cut me a break, than go ahead and do away with me."

Smith and Rodney Munro, both high on LSD and alcohol, shot and killed two Indigenous cousins near East Glacier, Mont., in 1982. They admitted to marching Harvey Mad Man, 23, and Thomas Running Rabbit, 20, into the woods by a highway. They shot each man in the head with a sawed-off .22-calibre rifle.

Court heard that Smith and Munro wanted to steal the victims' car. Smith also said at the time that he wanted to know what it was like to kill someone.

He was initially offered a plea deal that would have taken the death penalty off the table, but he rejected it. He pleaded guilty and asked to be put to death, but later changed his mind. He has had five execution dates set over the years. Each has been overturned.

The victims' families have continued to push for Smith to be executed.

Munro took the plea bargain, was eventually transferred to a prison in Canada, and has been free since 1998.

"He's been out 23 years and doing well and I wish him all the very best. Had I taken that plea deal, then I'd have been out a long time ago. It's hard not to have that in the back of your mind on a pretty regular basis."

Smith said he's content with paying for his crimes, but would like to be transferred to a prison in Canada, where he has a daughter, two sisters, grandchildren and a great-grandchild.

"I'm getting pretty much what I deserve for the crime I committed," he said. "If I was in a position where I could see my family on a constant basis, then leave me locked up. I don't care.

“It is what it is. I committed the crime."