Labour Day has always been the unofficial kickoff to the chase for the Grey Cup every year, and that was the Monday the Edmonton Eskimos met the Stampeders at McMahon Stadium in the first of back-to-back Alberta rivalry clashes.

In 2020, the pandemic cancelled the entire CFL season, leaving a gaping hole the size of Monday in the schedule of an awful lot of CFL fans, such as Lyle Peterman, a lifelong Stamps season ticket holder. 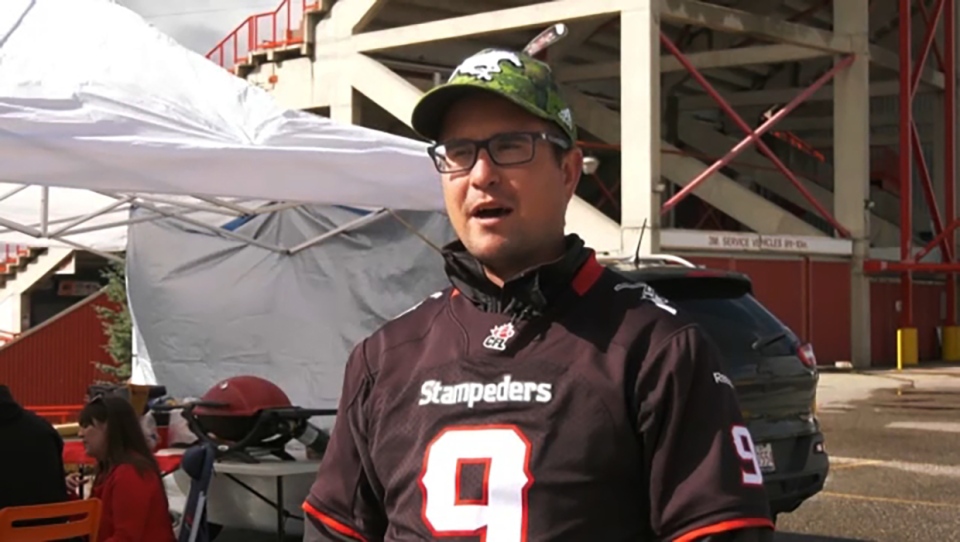 "We've been doing this pretty much since I was born," Peterman said Monday from a near-deserted McMahon Stadium parking lot, where he and a group of Stamps fans gathered to tailgate the memory of the Labour Day Classic.

"(I've been) a season ticket holder my whole life," he added. "And any other Labour Day, we'd be here all day, then go to the game."

Monday, there was no game. That didn't keep Peterman and his pals from showing up nevertheless.

They pulled out lawn chairs, popped up some patio umbrellas, got a view of (empty, lonely, windswept) McMahon Stadium, on a blustery, windy, rainy - and even snowy - Labour Day. They grilled some meat, poured some beverages and practiced, like actors preparing for a big emotional scene, their sense memories by remembering Labour Day classics of years gone by. 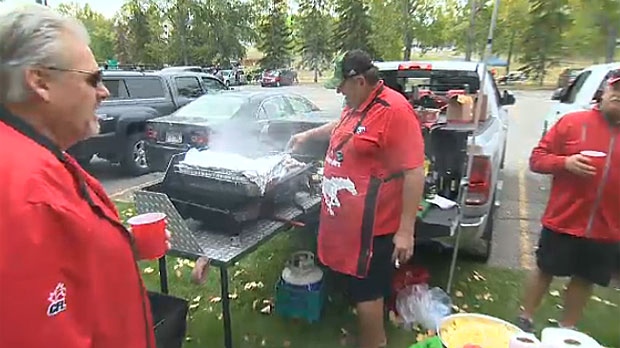 After all, Calgary won the most recent Labour Day Classic, beating Edmonton 25-9 and the Stamps lead overall, with a 28-25-1 record.

It's not easy for fans facing the cancellation of an entire season, Peterman conceded. 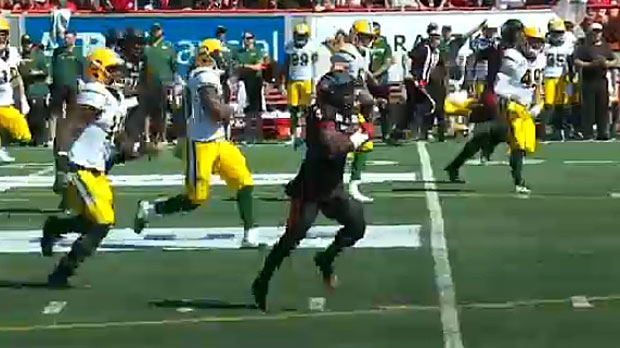 "It's a bit devastating," he said. "(I) kinda saw it coming, as things progressed. But yeah - it was just nice to come out. Do the same thing.

"We are missing the game, though. That's why we picked this spot: we have a view of the stadium and (we get to) think of all the memories of beating Edmonton year after year here."