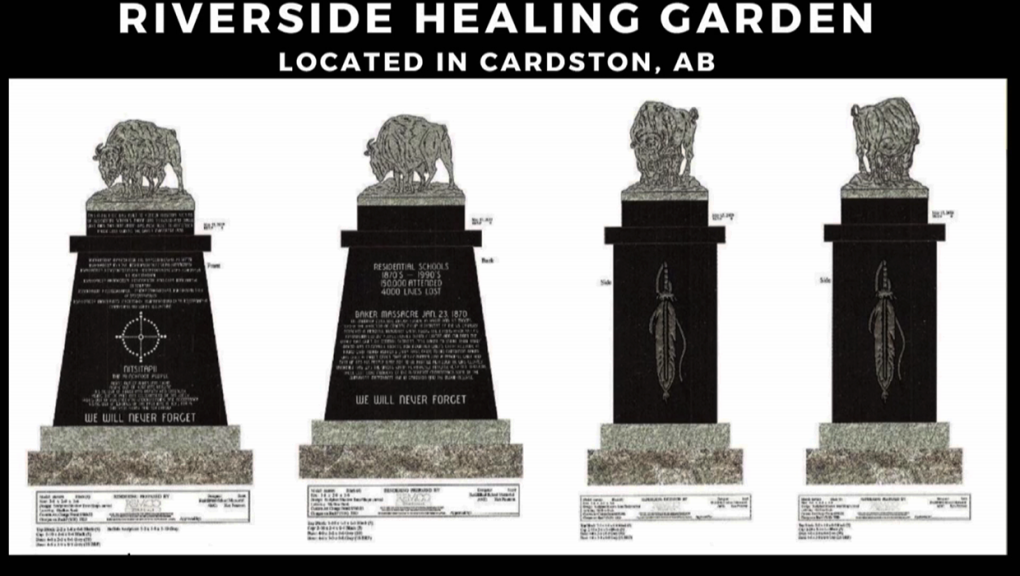 LETHBRIDGE -- Students from Cardston High School, and the community of Cardston are rasing funds to build a healing garden to remember those lost in the 1870 Baker Massacre.

The idea for the monument started with Kara Baldwin, a former teacher at Cardston High School, going over the Baker Massacre which claimed the lives of 217 Blackfoot people, most of whom were women, children and older men who were killed by the U.S. Army.

“It started with a project I was doing with eight to 10 Blackfoot students and we read an article about the Baker Massacre that happened just south of the border (in 1870)," said Baldwin. "Some of the descendants are from Cardston and actually attend Cardston High School and most of them had never heard about it.”

The students were perplexed as to how they had never heard of an event so tragic and also connected to their own cultural history.

“It evolved into this idea of creating a space that people could go to, to be educated, to honour those who have lost their lives," said Baldwin. "Those who have been traumatized in the past, and as well as a place that we can connect both with Indigenous and non-Indigenous people.”

The monument is meant to be a visual reminder of the tragedies that took place at  the Baker Massacre and also to make sure they never take place again. 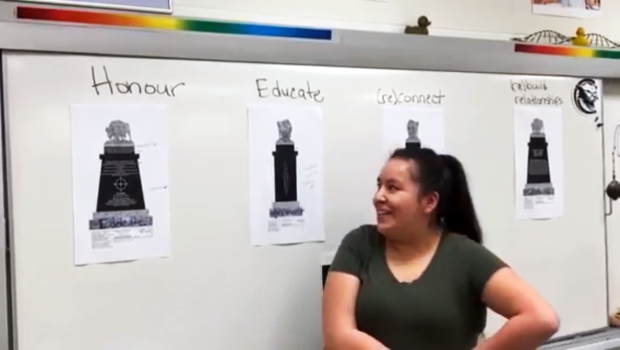 All of which was an idea the Town of Cardston was fully on board with.

“This is a great opportunity to teach some of the history of our First Nation community and ultimately anything that leads to greater understating and supports truth and reconciliation is a worthwhile cause” said Cardston town manager Jeff Shaw.

Over $21,000 has been raised with help from the Town of Cardston, but the project has an estimated cost of $91,000, which includes the cost of the monument and other costs necessary to complete it.

Organizers are hoping the monument will be completed for September 2020.

Those wanting to donate to the project can head down to Cardston’s Town Office or e-transfer pay@cardston.ca.