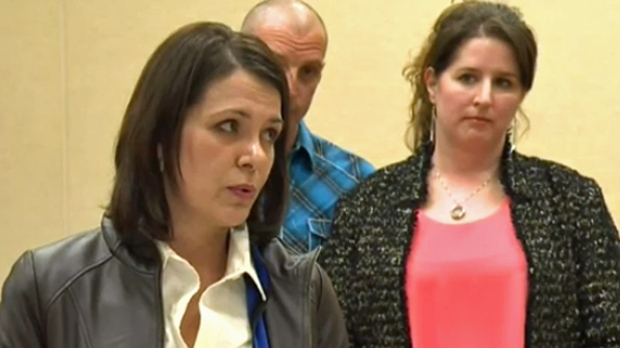 PC party members in Highwood have selected an Okotoks councillor over the former leader of the Wildrose as their representative in the next provincial election.

On Saturday, members cast 972 ballots in the nomination race.

"Thank you for your support and encouragement," said Fischer during her acceptance speech. "Thank you for taking time out of your day to vote. You put your trust in me and I will not take that lightly."

"I will work hard for Highwood and hard to represent each and every constituent in an election that comes forward. I look forward to meeting with the PC caucus tomorrow at campaign college and working with Premier Prentice in the next general election."

Danielle Smith was elected as Highwood MLA in 2012 as a member, and leader, of the Wildrose.

"This is, of course, a mixed emotions day for me," said Smith following the nomination announcement. "i wanted to get a mandate to be the PC candidate for Highwood but of course residents felt otherwise."

"I'm grateful to the residents of Highwood for coming out and participating in the process."