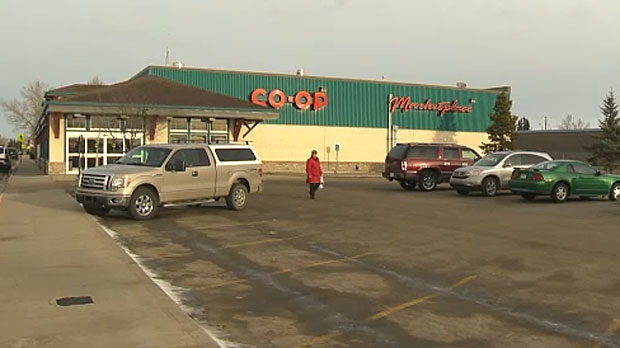 Officials with Westview Co-operative say the mystery that had left a number of shoppers at the Co-op grocery store in Carstairs unable to open the doors to their vehicles has been solved.

The grocery store chain divulged the solution to the problematic issue that had plagued the parking lot in a Friday afternoon posting to its Facebook page.

“Happy Friday everyone! This is the moment you all have been waiting for! We have an update on the fob interference that was occurring in and around our Carstairs Food Store.”

“After investigation it was determined that there was faulty consumer electronic equipment stuck in transmit mode in the area, which was causing the interference. We will continue to monitor, however we do not anticipate any further issues moving forward.”

Innovation, Science and Economic Development were notified of the issue earlier this week and investigators were deployed to Carstairs. On Friday morning, a malfunctioning remote car starter in a vehicle in the parking lot was found to be the source of the issue. The starter was deactivated and the interference concluded.

Store officials first learned of the 'interesting situation' in early January after some customers were unable to unlock the doors to their vehicles while others had their alarms activated without explanation.

The store received numerous theories from the public regarding potential causes for the interference that inhibited key fob use including several suggestions that the issue could be criminally motivated.

“We want to communicate that this was NOT the result of any intentional criminal activity, or any other activity that was speculated.”

Westview Co-operative expressed its gratitude for the support it received during the investigation. “This was definitely a community and Team effort to get to the bottom of this situation! We are excited to get back to serving the community of Carstairs and do we do best - taking care of our Guests and investing in our communities!”

In adduition to the Carstairs store, Westview Co-operative operates the stores in Olds, Sundre, Linden, Consort, Drumheller, and Hanna.