Catch of a lifetime: Fisherman reels in 170-pound sturgeon from southern Alberta river 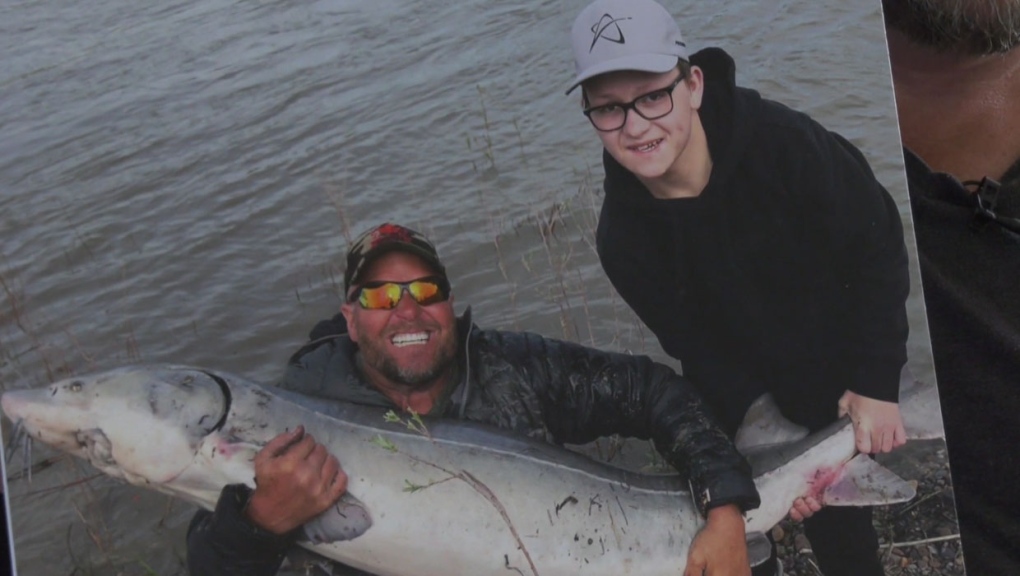 LETHBRIDGE -- He came away with a cracked rib and hole in his arm, but this southern Alberta fisherman also hauled in a massive fish.

Blair Murphy was at the Oldman River this week, hoping to capture a sturgeon, a species of fish known to swim through the area for only a short time out of the year.

He had almost given up hope when, on the sixth day of his trip, he felt a pull on his line from one of the giants.

"I knew it was big, so I started battling him up and down and behind Paradise Canyon," he told CTV News. "We started running up and down the bank, up and down the river. I slipped and fell – that's how I hurt myself."

About 35 minutes later, Murphy, along with the other fishermen who lent a hand in landing the monster pulled it out of the water.

The sturgeon weighed over 170 pounds or 77 kilograms. Murphy released it back into the water a short time later.

He dedicated the catch to his father, who passed away 11 years to the day.