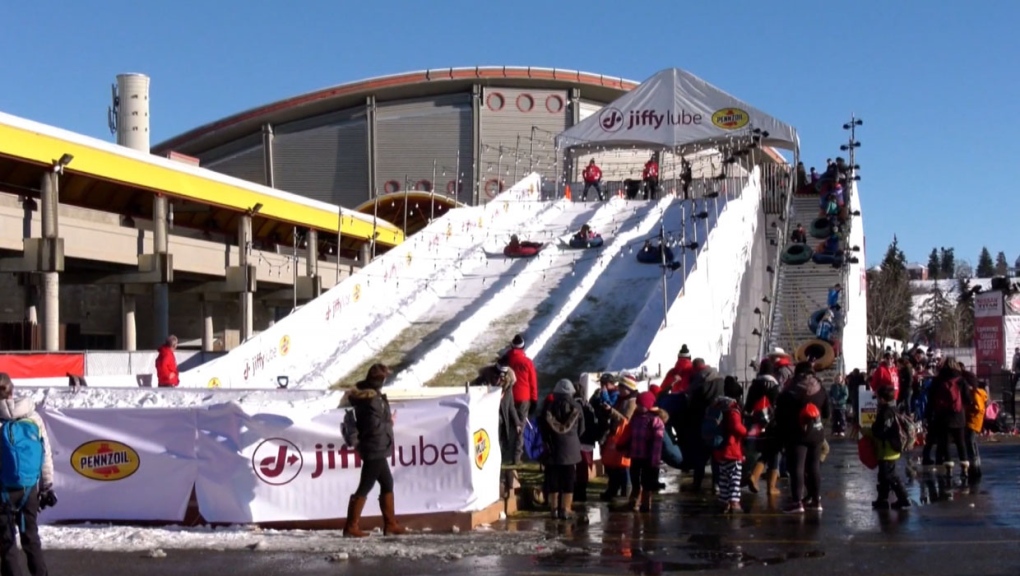 CALGARY – There's still two days until the big game but the party is already underway in Calgary for the 107th Grey Cup.

The fan festival is underway at Stampede Park, running daily from 9:30 a.m. to 9:30 p.m., with no shortage of fun activities for all ages.

Some of the main attractions include a 50 metre slide, a showcase of minor football players, an indoor maze, a mini putt course and a 13,000 square metre street festival with daily pancake breakfasts and outdoor concerts.

The BMO Centre will also play host to a number of Grey Cup parties and, for the first time ever, the Stampede Corral is hosting a Grey Cup rodeo.

Concerts will take place in the heated Fusion tent in the McMahon Stadium parking lot. The tent, the size of a regulation CFL field, will feature performances from hip hop star Fetty Wap and Country Music star Brett Kissel.

For a full schedule of events, visit Grey Cup Festival

Limited paid parking at Stampede Park is available for the festival and can be accessed through the entrances on Olympic Way S.E. and 14th Avenue S.E.

The Calgary Transit free fare zone for C-Trains has been extended to include the Victoria Park/Stampede Station until Sunday. Hours for CTrains have also been extended to 2:30am from Thursday until Saturday.

If you’re going to the game, the CTrain will also be free for passengers with a game ticket.