CALGARY -- CFL fans have been frustrated during the COVID-19 pandemic feeling they haven't been hearing enough from the league about what its plans are for the future.

That changed on Wednesday as Commissioner Randy Ambrosie announced the CFL is planning to play a 14 game season in 2021.  It will start on August 5, with the Grey Cup  on December 12th.

Ambrosie knows there's still a lot of obstacles with the pandemic but remains optimistic the CFL will get back onto the field this season.

"For today it's about a belief," Ambrosie said, "that Tuesday, August 5, the CFL is going to be back and we're going to be playing football again."

Compared to other pro sports leagues, the CFL is a gate-driven league, meaning it needs fans in the stands for its games in order to be financially viable.  The Stampeders are now surveying season ticket holders about their willingness to attend games, whether fans should be socially distanced or have staggered entry.

Ambrosie knows to get the fans back in the seats a few things will have to happen.

"We need a little bit of luck but what we mostly need is for Canadians to get their vaccines when they are offered to them," he said. "We need everyone to do everything they can to help keep each other safe."

NEEDS TO BE FLEXIBLE

A lot will depend on provincial governments lifting the caps on gatherings.  According to TSN football analyst Dave Naylor, the CFL may have to be flexible when it comes to that.

"There's the possibility that stadiums in the west are opened up and they are allowing a percentage of fans in the stands that the league may move games that were scheduled for the east to the west for at least the opening few weeks of the season." 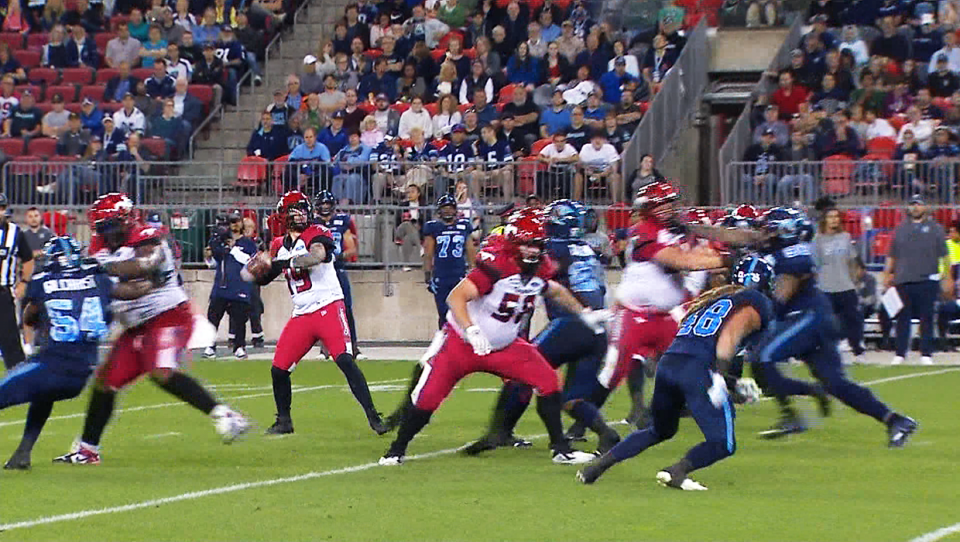 One thing the CFL doesn't have an appetite for right now is playing in a bubble.  But Ambrosie also says they have to be ready for every kind of scenario.

Stampeders President and General Manager John Hufnagel plans to talk to the media on Thursday afternoon.