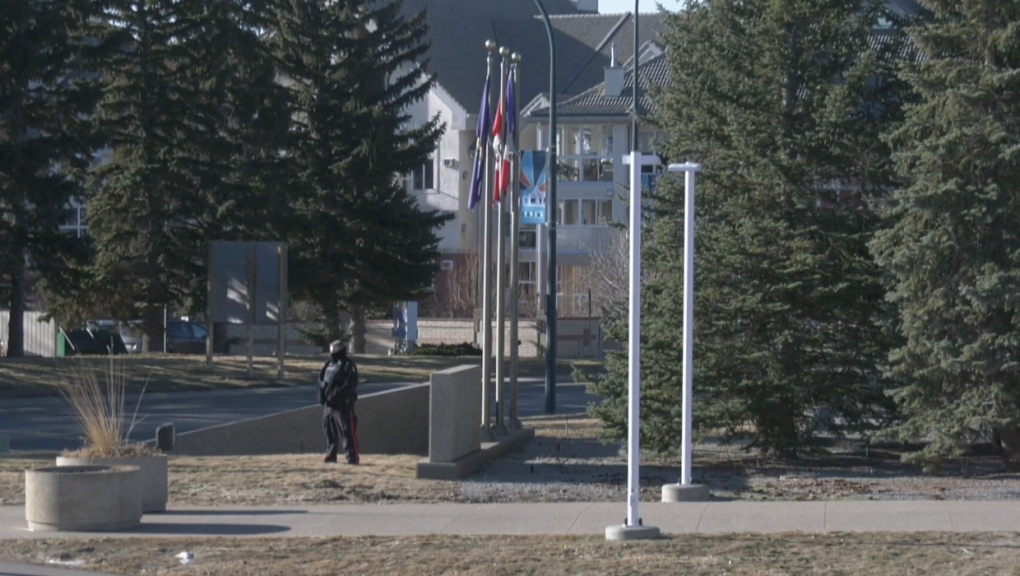 Lethbridge police say a local man is facing charges in connection with a suspicious package and arson at the LPS headquarters this week.

CALGARY -- A 29-year-old man has been charged by Lethbridge police in connection with a suspicious package and an earlier arson at a police station Thursday.

Public access was closed and a portion of the police station was evacuated Thursday morning after a suspicious package was thrown into the front entrance. The suspect fled on a bicycle, but police apprehended him a short time later.

Kyle Glen Lowe, from Lethbridge, has been charged with arson, mischief, four counts of failure to comply with release conditions and intimidation of justice.

The package thrown into the station was determined to not be explosive or hazardous and the building re-opened within three hours.

Police had been investigating a prior incident from Wednesday in which a planter outside the police station was set on fire early in the morning.