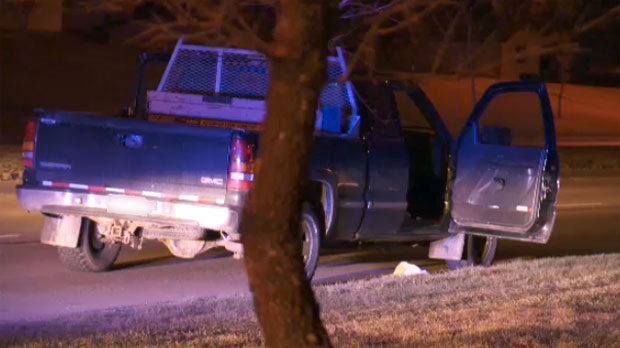 The occupants of the truck were arrested at about 12:30 a.m., and a .22-calibre rifle was seized from the vehicle.

Two Calgary men are facing weapons charges after several vehicles and homes were peppered by gunfire on the weekend.

Police were called to several locations in the communities of Temple, Monterey Park and Abbeydale at about 11:45 p.m. Saturday after the occupants of a dark-coloured truck were seen shooting at cars and homes.

The truck was found a short time later and the occupants arrested.

A .22 calibre rifle was seized from the vehicle.

Sabri Ahmed Sabrie, 21, and Wasiullah Aminzada, 22, of Calgary, are both charged with five counts of mischief causing danger to life, possession of a weapon for a dangerous purpose, contravention of the firearms act and unauthorized possession of a firearm, uttering threats, careless use of firearm, and pointing a firearm.

Police say at least three vehicles and two homes were hit and damage is estimated at about $10,000.

They say no one was injured in the incident and that it is believed to be a random act.