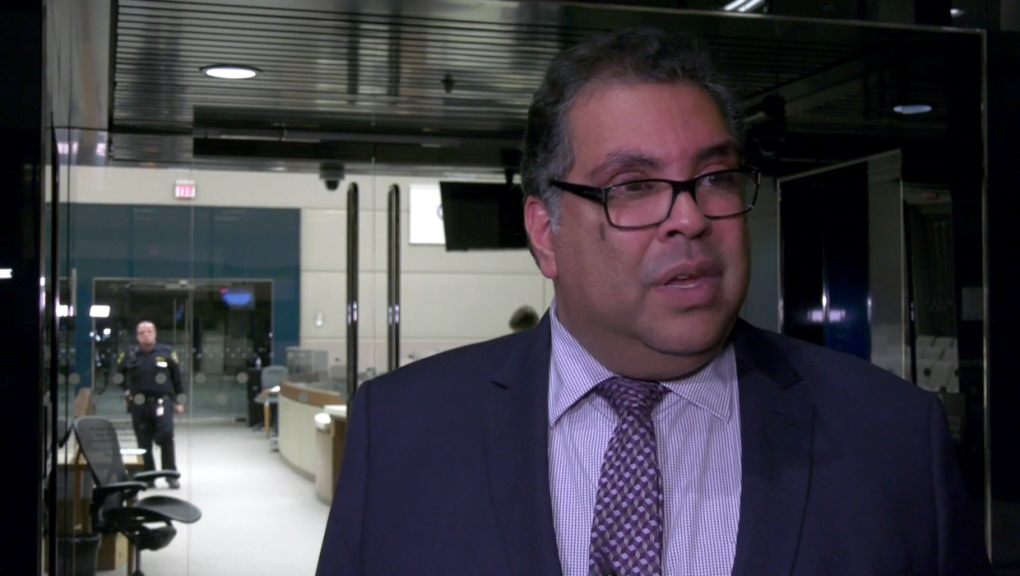 CALGARY -- Expect to pay a little bit more on your tax bill this spring, as Calgary City council has shifted more of the tax burden onto residents.

Now 52 per cent of the city’s tax collection will come from residential property tax and 48 from commercial businesses, a 7.51 per cent shift for residential tax accounts.

Mayor Nenshi spoke to the press following a vote that saw council save the low income transit pass, keep two inner city swimming pools open for two more years, restore an earlier cut to public transit funding and allow the fire department to add 20 new personnel in the coming year. He said the police department was also able to make up a $13 million cut in funding it receives from the provincial government.

"You will see impacts to community services," Nenshi said. "Longer grass, more dandelions on boulevards, no New Year's Eve and a scaled back Canada Day, unless I can find some more money for that."

The cost of restoring and maintaining those services, Nenshi said, was around $1.14 per month, per household.

The remainder of the additional residential tax bill will help to ease the burden on the city's small businesses, which have been hit with substantial rate increases over the past several years.

Nenshi described the process as "a tax freeze, a flow through and the shift from business (tax) to residential (tax)."

"This will mean small businesses across the city will not have the same problem that they've had in past years," Nenshi said, "of these huge tax increases that have made it really hard for some small businesses outside of downtown to survive.

"Some will still see increases," he added, "some will see decreases, but it will not be at the same level they've seen in the past, and it will give businesses the (cost) predictability they're looking for in order to be able to plan for the future."

At the same time, on Friday council voted to keep the property tax rate the same, at a zero per cent increase using a one-time cash injection of $24 million from the city’s corporate savings.

Council had previously approved a 3.03 per cent tax increase in order to maintain service levels, but when faced with choosing to cut essential services such as police and fire response, councillors Gondek and Colley Urqhart put forward an amendment that found the cost-savings.

Some councillors argue the plan pushes the city’s financial issues a few years up the road, without really resolving anything, meaning the next council will have to make up for the funding shortfall.

The fact that the low income transit pass program was salvaged was significant to making a deal agreeable to various stakeholders.

“What happened today wasn’t perfect," said Anna Greenwood-Lee of Keep Calgary Strong. "It looks like we are going to see cuts to affordable housing and see come cuts to community social workers but we’re thrilled that the sliding scale low income pass has been maintained at current rates,”

"I certainly would not want to be party to increasing taxes and cutting services, particularly to vulnerable people, at the same time," Nenshi said.

"For me, I'm comfortable that it's not great, but I think it's a sacrifice we need to make if we're going to adapt to what's the new normal for our economy."