LETHBRIDGE -- Coaldale has become the first municipality in Alberta to introduce a property tax rebate program for volunteer firefighters, and local businesses that allow volunteers to respond to emergency calls while at work.

Coaldale Mayor Kim Craig said it’s a way of thanking firefighters and the businesses that are committed to the safety of the community. “We understand the great amount of sacrifice that local businesses face as a result of allowing volunteers to leave during daytime work hours.”

Coaldale Fire Chief Kevin McKeown said like many rural communities, Coaldale has a challenge maintaining a steady group of volunteers to serve on the town fire department. “We’re currently seeing a turnover rate of about 13% every year, so that’s about five volunteers we lose every year," McKeown said.

Coaldale currently has 31 firefighters, but has been trying to get that number up to about 40, to make sure they have enough people available to continue providing a high level of service.

McKeown said staffing during the day, is particularly challenging for volunteer fire departments. “A typical fire call at night we could easily see 16 to 20 volunteers. During the day, that drops to about six to 10, depending on who's in town, or who's available to leave their jobs and respond to calls.”

Under the new rebate program, volunteer firefighters who own a home in Coaldale, and log in at least 129 hours of service will be eligible for a $1,000 rebate on their property taxes.

Businesses that employ and provide paid release time to volunteer firefighters who respond to calls while at work are eligible for a tax rebate of up to $2,000.

Councillor Briane Simpson said the town wanted to do something a little different to retain firefighters, “This is a great incentive, just to say thank you," Simpson said. 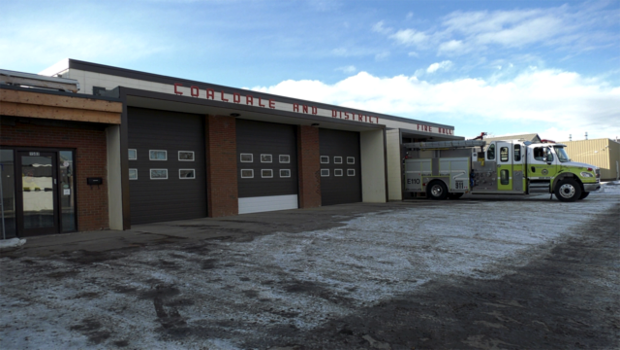 Simpson described the tax rebate as a thank you to firefighters, who are giving up time with family, as well as the businesses that allow firefighters to respond to calls during working hours.

Craig Wilson, a volunteer firefighter in Coaldale for 29-years, said he has always had the support of his employer, Intercontinental Truck Body, “When I first started here 30 years ago I talked to them and they said they had no problem bringing volunteers in and letting us go to do community service too.”

Wilson said the new tax incentive might encourage more people to get involved and will help the companies out as well. “It’ll work great for both parties, so maybe we’ll get more people who can make the day time shift.”

Chief McKeown said having enough volunteers is important, because the fire department is constantly seeing an increase in call volumes, “That way the work load can get shifted a little bit and it’s not just the same people all the time who respond to the calls.”

While the federal government and some provinces offer tax incentives for volunteer firefighters, Coaldale is the first municipality in Alberta to provide incentives to the firefighters and the businesses they work for.

The town says seven businesses and 27 firefighters will be eligible for the property tax rebates, which start early this year.

Firefigher-EMT Parker McGill said the tax break is a “nice thank you” for the volunteers, “It’s a good chance to get a little back for all the hours we put in, serving the town of Coaldale, and the extracurricular charity stuff we do also.”

The Coaldale Fire department is also hoping the incentive will encourage other people to volunteer, and inspire more businesses to let their employees respond to emergency calls during working hours.