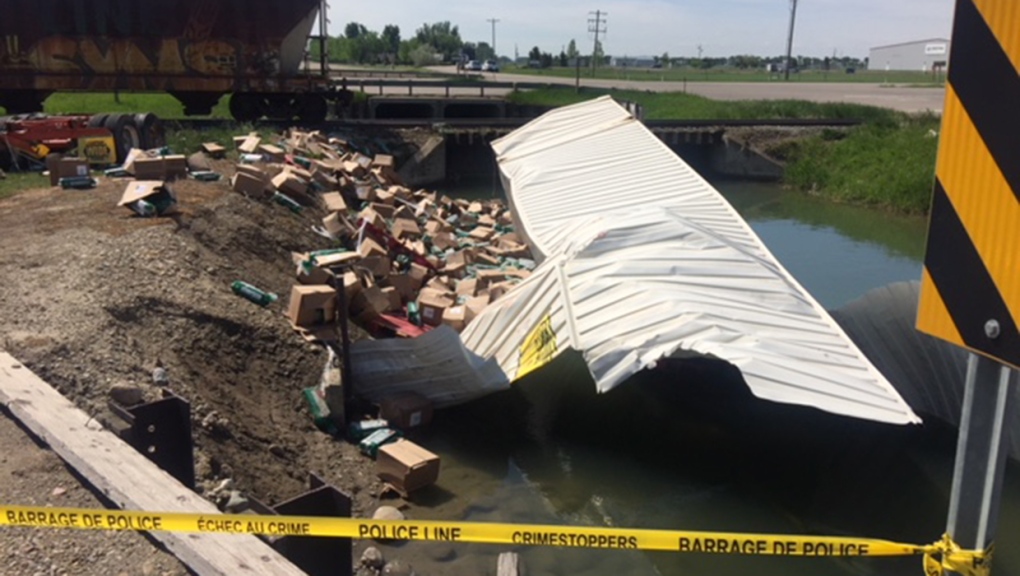 A damaged trailer taped off in an irrigation canal near the intersection of Highway 3 and RR 21-1, east of Lethbridge, on June 5, 2020

CALGARY -- A Friday morning crash involving a semi and a CP Rail train cut a trailer in two and sent a load destined for pet stores crashing into an irrigation canal.

The collision occurred at around 9:30 when a semi pulling two trailers was attempting to enter Highway 3 from Range Road 211 but was unable to clear the railway tracks due to highway traffic.

The rig's second trailer was struck by a train, splitting the trailer and dumping its contents — small bags of hay for guinea pigs, rabbits and hamsters —and a section of the trailer into the water.

No injuries have been reported and none of the train cars left the tracks.

CP Rail crews and firefighters were deployed to the scene to assist with the cleanup effort.