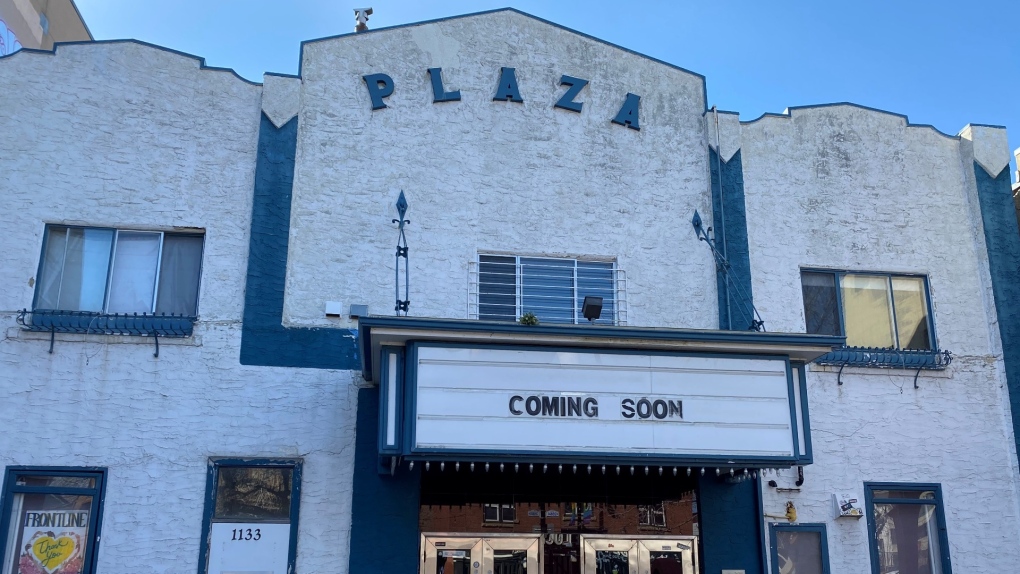 The Plaza Theatre in Kensington will reopen as a theatre after a new tenant was secured.

CALGARY -- Calgary film buffs have reason to celebrate as a historic independent art house theatre in the northwest has secured a new tenant who plans to bring the screen back to life.

The family-run Plaza Theatre in Kensington, which originally opened in 1935, closed its doors in the summer of 2020 and faced an uncertain future.

The 'For Lease' message on the marquee has been replaced by an ambiguous 'Coming Soon', teasing an upcoming change.

The owners confirm to CTV News that the building has been leased and that the new tenants plan to operate it as a theatre under The Plaza Theatre name.

Steve Schroeder, executive director of the Calgary International Film Festival (CIFF) is excited the theatre will open its doors once again.

"I mean we're thrilled," said Schroeder. "When we heard that the Plaza was going up for lease of course that sends concerns through the whole community that maybe it never will reopen."

The new owners of the Plaza have already reached out to CIFF and Schroeder says the new lease on life is a great opportunity for independent film in Calgary.

"We had an excellent call with them last week and we are really excited with their plans for the venue." said Schroeder. "The Plaza, as I like to say, is the most storied movie theatre in the city."

"It’s one of the few remaining independent movie theatres in Calgary and there are fewer and fewer in Canada and North America all the time."

Schroeder says technological evolution and streaming services at home changes the way that people engage with art and movies but "there will always be an appetite for people to get together in large numbers to see great films on a large screen."

Minor renovations to the interior are underway but a timeline for the first showing remains in flux as theatres are included in the third step of the province's reopening plan.

With files from CTV's Ina Sidhu and Levi Donley