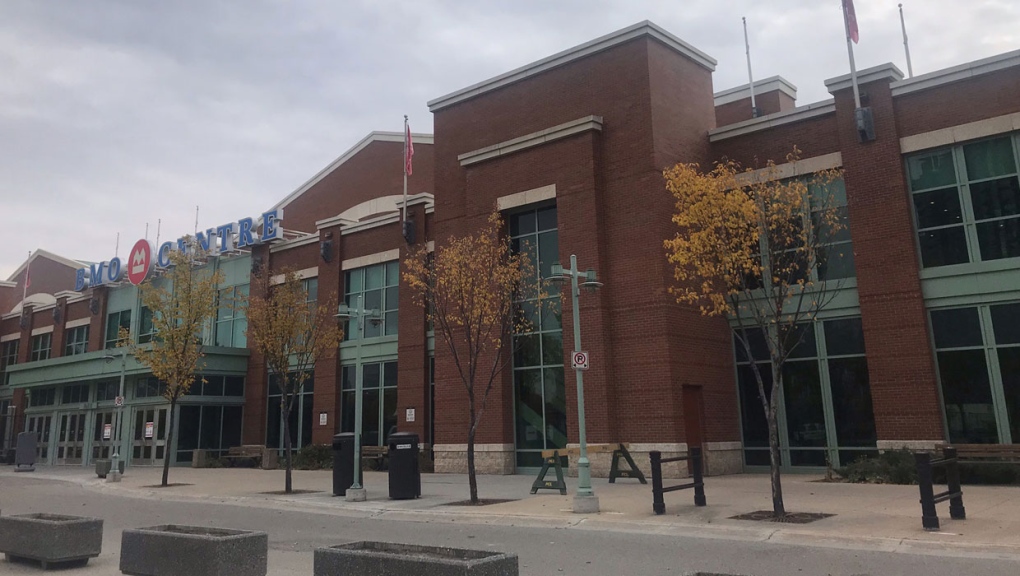 The Calgary Baby & Tot Show is the first consumer show to be held at the BMO Centre since the COVID-19 lockdown.

CALGARY -- For the first time in more than six months, preparations are underway at the BMO Centre for the venue to host a consumer shows but with safety protocols amped up.

"We feel that the safety of people attending these events is the paramount concern for us. We want to bring that safety and comfort and we feel that we can deliver on that and again get people back to work, get our economy engaged," said Greg Newton, general manager, BMO Centre.

The Calgary Baby & Tot Show, which has been running for decades cancelled its Spring show in March. The event attracts 4,000 to 7,000 people over a weekend.

The fall show is going ahead, but it will only have 60 vendors and a different feel.

AHS guidelines allow for 100 people for indoor seated events and 50 for indoor social gatherings, but consumer shows are more flexible.

"When we look at the trading consumer shows specifically they do operate very similar to what you would experience maybe in your grocery store or at the local shopping mall," said Newton. "We've worked feverishly with AHS on providing the safest environment that we can for everyone."

Stampede Park hosts more than 1,000 events every year including graduations, weddings and conferences, but hundreds were cancelled because of the pandemic.

"The economic impact to us and to the city based on loss of events like the Calgary Stampede has been significant," said Newton.

Major festivals, concerts and large conferences still are not permitted.

"The Scotiabank Saddledome is currently closed with no concerts scheduled until June 2021 and is waiting (for a) decision on various leagues for possible start dates in 2020 or 2021. These concerts are postponements and no new events have been booked. Staffing is directly aligned with event activity,” said Peter Hanlon, vice-president of communications with the Calgary Sports and Entertainment Corporation.

"We closely follow information and guidelines provided by our government and health authorities which dictate next steps in moving forward in the larger event venue industry."

According to Tourism Calgary, cancelled events has had a severe impact on the $2.5 billion industry, which attracts about 7.3 million visitors annually.

"The way we really generate tourism activity is by having festivals and conventions and all those kinds of businesses, because they attract and draw visitors that stay in hotels and eat and restaurants and do all of those things and so is a significant lever that we pull in big cities in order to have tourism," said Cindy Ady, Tourism Calgary CEO.

Ady said while its not yet known how many people visited Calgary this year, hotel occupancy has been down. Occupancy was around 15 per cent this summer during the high season, when numbers are typically around 75 per cent occupancy.