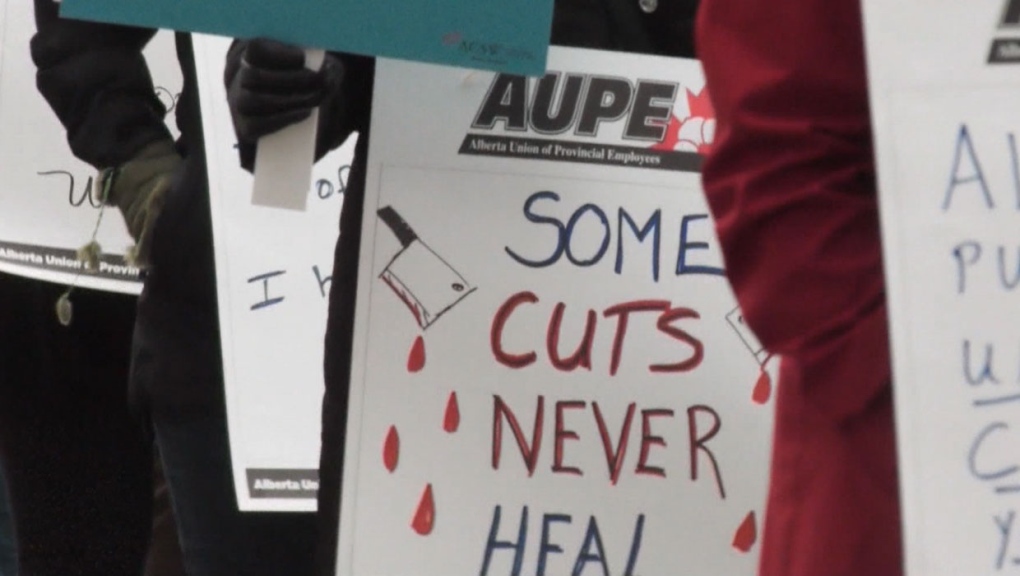 The AUPE and APS returned to the bargaining table this week only to find the Alberta government increased its pay cut proposal. Alberta Finance Minister Travis Toews called the four per cent reduction a "reasonable offer."

CALGARY -- The UCP government has suggested unionized and public service workers in Alberta take a four per cent pay cut, but union leaders are calling the proposal an attack on employees who are critical to the operation of the province.

Officials released a statement Friday, after negotiations resumed between the Alberta Union of Provincial Employees (AUPE) and the Alberta Public Service (APS) on Nov. 5.

All the parties were forced to conclude talks because of the pandemic but now the provincial government said it had revised its position. It suggested both groups take an additional three per cent pay cut on top of the original one per cent cut.

In a statement, Alberta's Minister of Finance Travis Toews said the government came to the table with "a fair and reasonable offer."

"The province has revised its bargaining position, asking the public service to take an additional three per cent reduction in the first year and zeros for the next three years. The previous position was for a one per cent reduction."

Toews' rejected the idea of a five per cent raise by the union, citing the fact that thousands of private-sector employees had already accepted salary reductions.

"Alberta now faces a debt burden of almost $100 billion and fiscal responsibility and accountability to taxpayers is more important than ever," he said. 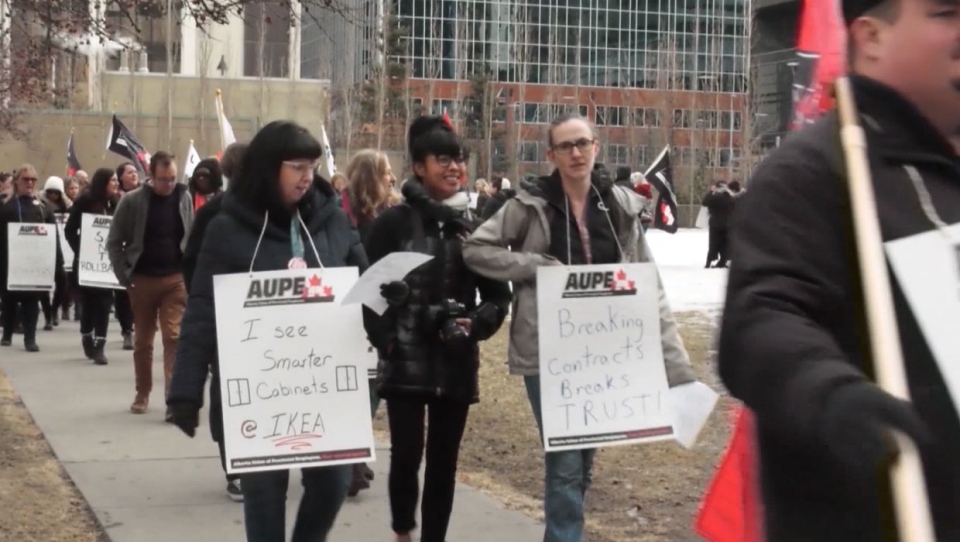 The AUPE likened the idea of additional pay cuts for its workers to "contempt" by the government for public service employees.

"Albertans have been relying on these workers more than ever during the economic crisis caused by the collapse of oil prices and the COVID-19 pandemic," says Kevin Barry, vice-president of AUPE, in a release.

Barry says public service workers, which include those who help provide social supports and access to Albertans and keep them safe through the work of peace officers, have "literally kept government running during the crisis."

"Their reward is to be attacked."

He says the union will seek to fight the pay cut at the bargaining table. Barry is also considering filing a complaint with the Alberta Labour Relations Board.

"The government is proceeding with and even sped up its failed tax giveaway to already profitable corporations at a cost of nearly $5 billion. Now, to pay for the failure of that program to create the jobs Premier Jason Kenney promised, he’s making working Albertans pay," says Barry.

"Nearly 1,000 government workers and 11,000 health-care workers are paying for this government’s failure with their jobs."

GOVERNMENT NOT 'SHARING THE BURDEN'

"The Alberta government’s labour costs have grown by nearly 15 per cent between 2014 and 2019, while compensation paid to all Alberta employees has declined by five per cent," said Franco Terrazzano, director of CTF Alberta, in a release.

The CTF is calling for the government to bring its labour costs in line with similar provinces – a move it says will save approximately $3 billion each year.

"Many bureaucrats earn significantly more than their counterparts in other provinces and a three per cent cut doesn’t go nearly far enough to eliminate the Alberta bureaucrat premium," said Terrazzano. "If Kenney doesn’t find the necessary savings, then struggling taxpayers are going to have to fork over more money they can’t afford, and that’s not fair." 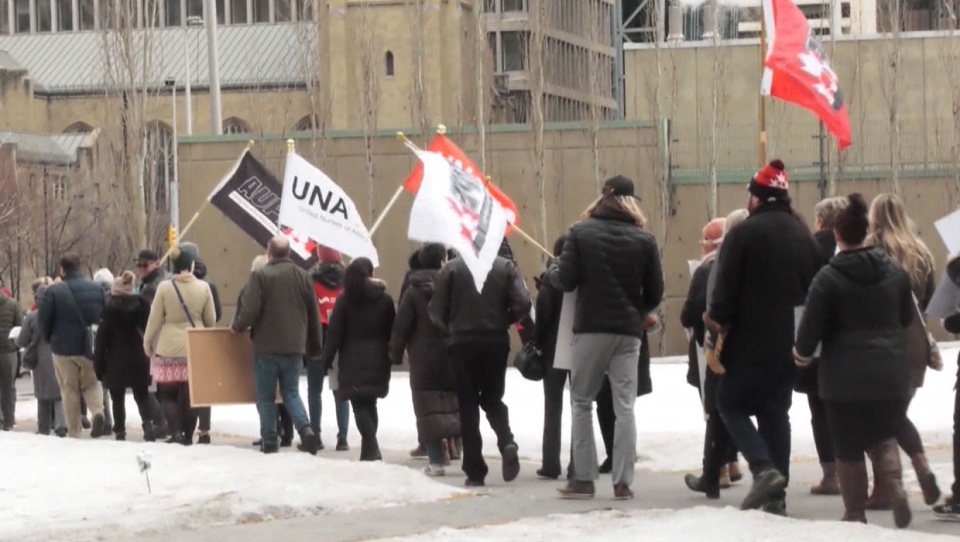 AUPE represents more than 90,000 workers, including about 22,000 employed directly by the government.