The community,  set in a river valley, is home to a small heritage museum, a few gift shops, and the Rosebud School of the Arts, which, in non-pandemic times, draws crowds to its popular dinner theatre performances.

A group of racing enthusiasts has a different vision for the future of the area.

Badlands Motorsports wants to create a nearly $500 million motor sports racing park with multiple race tracks, a hotel, and condominiums in an undeveloped area about four kilometres east of the hamlet.

"Our first stage is basically to construct, and establish the driving facility, which is the race courses and the required facilities that go with it like the clubhouse, and the administration (buildings)," said James Zelazo, Badlands Motorsports CFO. "Then that would grow through different stages, and then there'd be residential development, commercial development, hotel development." 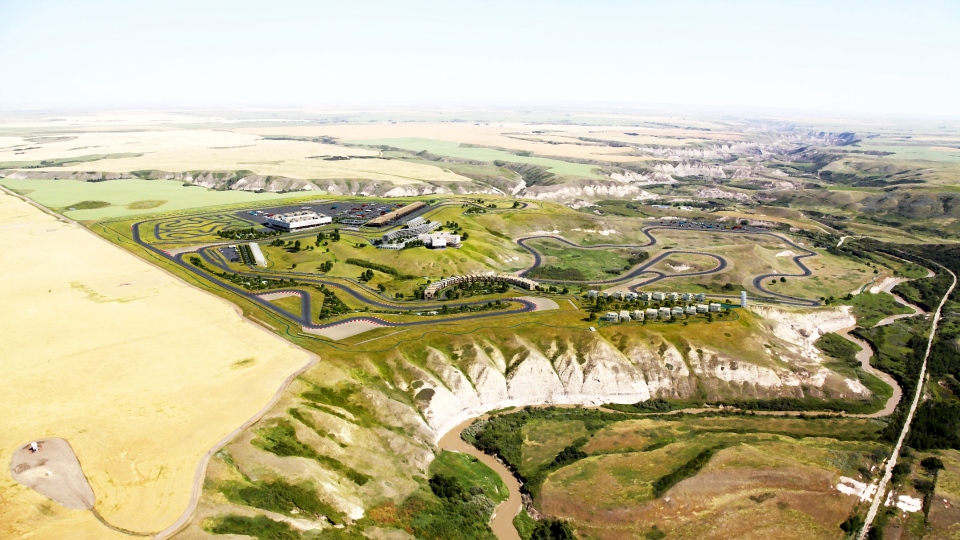 In a January filing to the Alberta Environmental Appeals Board, Badlands Motorsports described itself as "a world-class automotive road course, a full service recreational resort, and a residential community."

The filing goes on to say the company expects up to 280 vehicles on site during weekdays with the number swelling to 400 on weekends. Plans are in place to have the two courses operate 12 hours a day, 200 days a year, with 15 to 20 cars on the track at any given time, and the company expects to employ between 100 and 200 staff.

"The jobs that we would create is the bigger thing that would be injected to the community around, especially in the rural areas," explained Zelazo. "There's not a lot for them to do to stay around there now in terms of jobs."

The racetrack development has raised the hackles of nearby residents.

Rosebud is peppered with signs opposing the racetrack, as are the rural roads leading toward the proposed racetrack site. 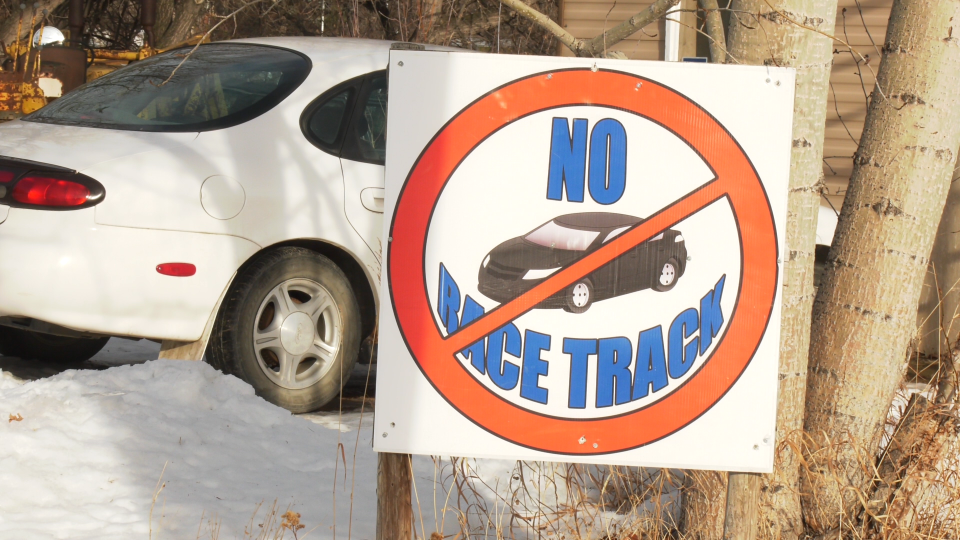 "I think it's a very inappropriate place to put a racetrack for one thing," said Rick Skibsted, an area farmer whose property borders the racetrack lands. "I've, for many years, thought the (Rosebud) valley should be protected.

"For me, to see a racetrack come into the valley is kind of like putting a toilet in a living room, I guess. It doesn't really belong there.  There's a lot of places to build a racetrack other than a river valley."

The Skibsteds are one of two families bordering the development in Kneehill County. He and a neighbour Wendy Clark have continued their fight to the  provincial Environmental Appeals Board, arguing the company’s plan to infill two wetlands, modify three others and build a storm water system will cause irreparable damage to the environment.

An avid birder and outdoorsman, Skibsted worries that putting a racetrack and commercial development along the banks of the river will damage the habitat of the many raptors in the area — including peregrine falcon and golden eagles —  and wipe out a huge colony of the already threatened bank swallows. 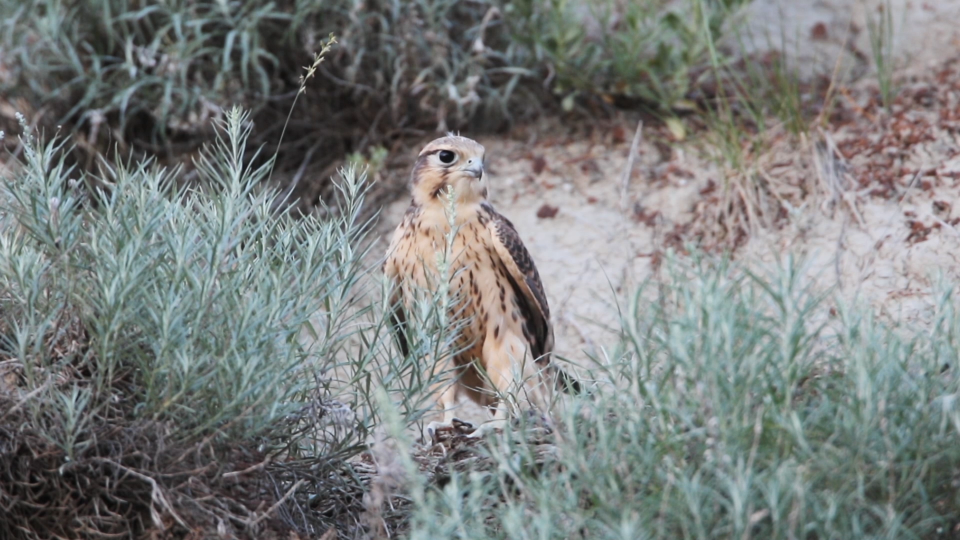 A peregrine falcon stands near the proposed site of Badlands Motorsports' racing park near Rosebud, Alta.

"It is a sanctuary for the wildlife on the prairie here because all the rest of the land has been basically cultivated up. And so the river valleys are their only sanctions anymore." said Skibsted "It just seems crazy to be putting stuff like this. In a in a river valley. It just doesn't seem to make sense to me.”

Clark worries the racetrack will fundamentally change the nature of the region, driving farm families out of the area.

“The only thing that I'm concerned about is our future generations. Will it have an impact on the future farmers and whether they choose farming as an occupation? Does it become appealing to them to make their life here, if it's no longer the quality of life that we've had, that we've enjoyed?"

A geographical quirk has prevented most area residents from raising their concerns at development and zoning hearings.  The land on which the prospective racetracks are planned is situated in Kneehill County, while Rosebud and all the rural landowners on three sides of the proposed development are residents of Wheatland County and have no standing in Kneehill County proceedings.

Kneehill County granted subdivision approval and signed a development agreement with Badlands Motorsports in 2017, and gave the company a three-year extension on both in late 2020. 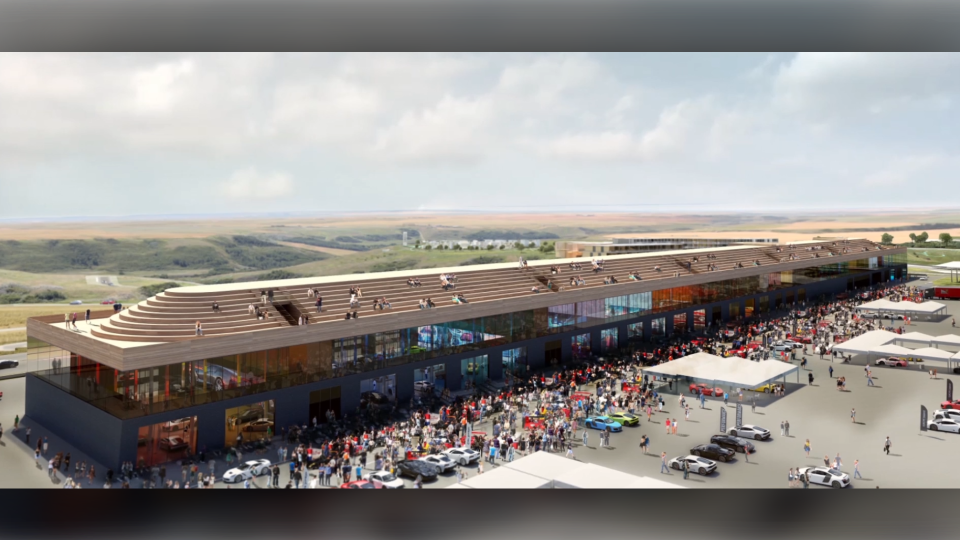 Alberta’s Environmental Appeals Board was set to review the application to infill some wetlands, alter others and build a storm water system on Feb. 23 but that hearing was postponed to allow more people to register to voice their concerns.

The delay follows a provincial court ruling last year allowing for a wider group of people to be granted status as interveners in environmental hearings.

No date has been set for the new hearing to commence.