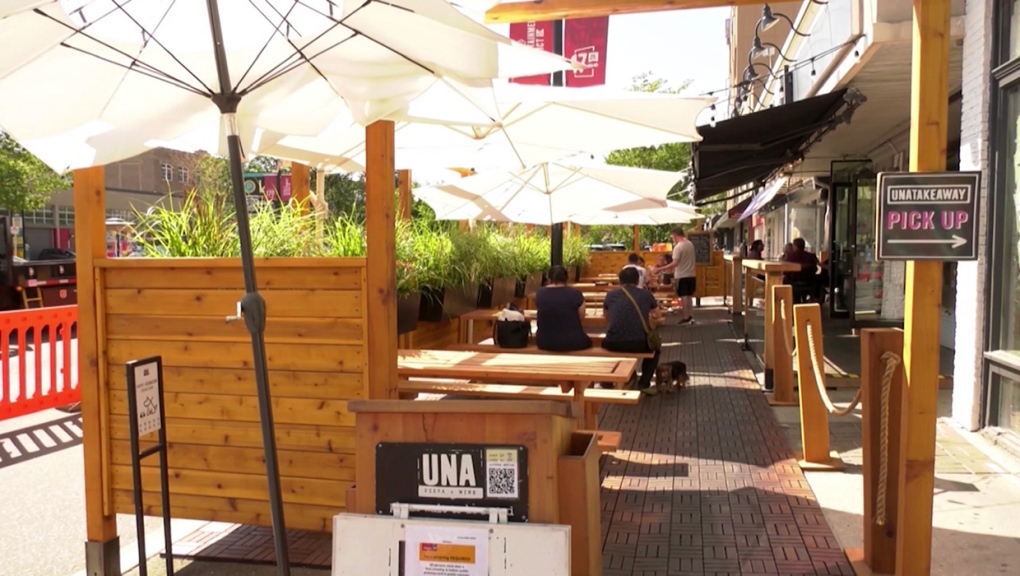 With restaurants struggling to survive in the pandemic, Mayor Nenshi is advocating for longer patio season - right up until the snow flies

CALGARY -- The City of Calgary is dealing with a significant revenue shortfall due to the pandemic and economic downturn, but council is discussing extending fee relief for businesses. One of the measures would make it easier for restaurants and cafes to keep patios up and winterize them for cooler weather.

Expanded patios have become a popular way for restaurants to increase capacity while adhering to social distancing requirements. Many patios along 17th Ave. S.W. and Stephen Avenue extend onto sidewalks, with pedestrians detoured onto the road.

Mayor Naheed Nenshi says the patios using road space will have to come down once two centimetres of snow falls to allow roads crews to remove the white stuff. But he hopes more businesses will consider adding tents, heaters or barriers to keep them open through winter.

“It’s not gonna work for everybody, but everything we can do will help,” Nenshi said.

City administration says patio applications increased by 288 per cent this year. If council approves the recommendation, several fees for development permits and applications will be waived until the end of the year.

The motion won’t cost very much — less than a million dollars, according to city officials — but it comes as the city grapples with a widening revenue shortfall.

Revenue is down $126 million as of Sept. 13 and that number is projected to grow to $244 million by the end of the year.

“Ultimately we have to balance our budget at the end of the year, we don’t have a choice,” the mayor said Monday.

“We’ve done a lot about pushing and deferring and reducing where we can. We’ve done a lot to use our savings to make it easier to do that. We’ve got to help businesses survive and succeed.”