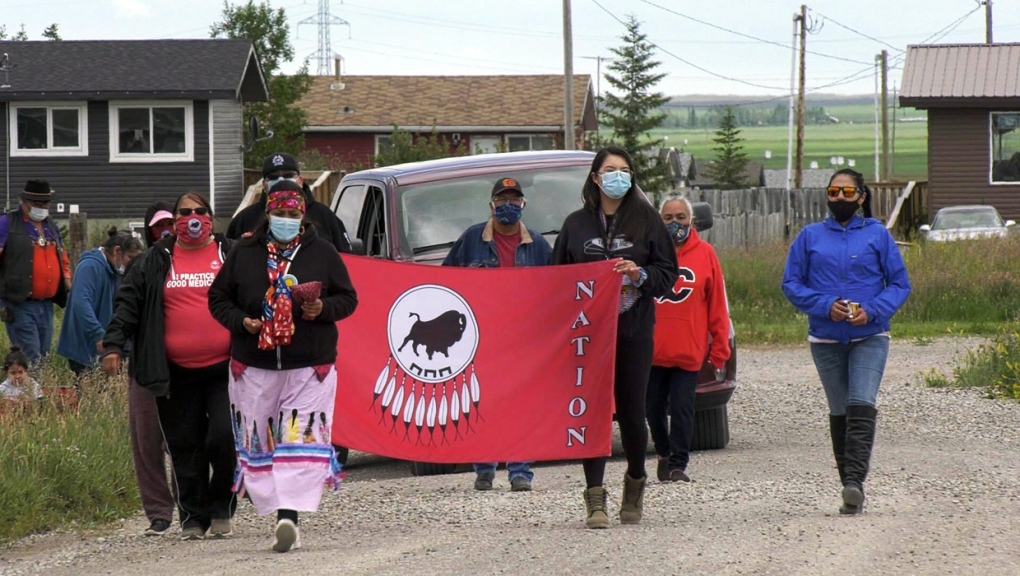 BROCKET, ALTA. -- The COVID pandemic has been tough for communities everywhere, but mixed with the opioid crisis Piikani Nation is facing, it becomes even more devastating to the community.

“There is still that isolation factor, and it’s different, it’s a different normal than people were used to, so because of that people are now using the addictions to cope,” said Peigan Prevention Counselling Services Coordinator Joanne Smith.

“It’s very sad," she added. "We buried a couple people this past week."

She believes the opioid crisis has gotten worse since the pandemic began, and says that there have been 11 overdoses in the past three weeks.

They are trying numerous tactics to prevent the crisis from getting worse.

“We also started a community security with our traditional Brave Dog Society members and they do a community watch,” said Smith.

The group operates from 8 p.m. to 6 a.m. trying to help prevent the distribution of drugs. Piikani band members also want to go a step further by implementing a bylaw.

“Anyone caught selling or dealing drugs on Piikani is not to be on land,” said English.

Band members say it hasn’t been the easiest to enforce which is why many of them  joined in a procession through town, hoping their action sends a strong message.

“We need to stop the devastation and this destruction on Piikani land,” said English.

“Community members need to take this community back,” said Smith.